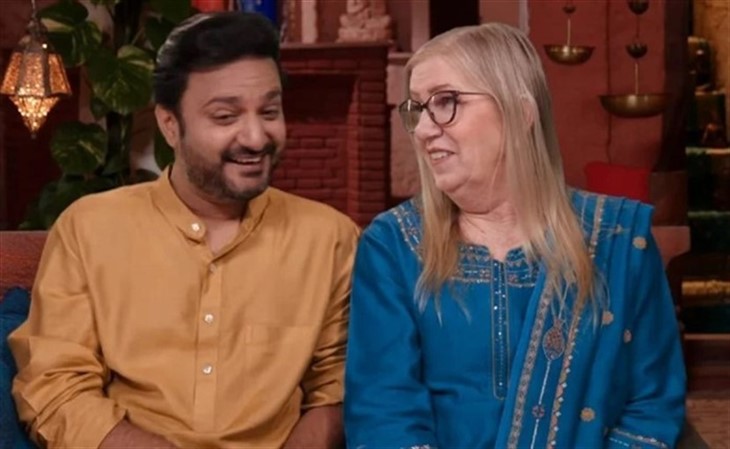 Fans will remember that 90 Day Fiancé: The Other Way stars Sumit Singh and Jenny Slatten had visited a marriage lawyer to get the ball rolling on the marriage. However, they were shocked when Sumit last week put a hold on the marriage, telling the lawyer not to go ahead just yet. The good news is that a teaser for Sunday’s upcoming episode reveals that Sumit has finally made up his mind.

Jenny Slatten and Sumit Singh first met 10 years ago, when Sumit was working in a call center in India and Jenny was at her home in Palm Springs. However, at that stage, he catfished Jenny by acting as Michael Jones. Despite this, the online relationship somehow continued. In between, Sumit was pushed into an arranged marriage by his parents, which made him miserable and he finally got divorced.

Over the years, the couple has had their ups and downs but Jenny truly loves Sumit. Meanwhile, fans still believe he has been scamming Jenny and many warned her to leave India and go home.

Whatever happens, Jenny refuses to leave India and keeps renewing her visa to stay there. However, Sumit’s parents, Sahna and Anil, initially refused to give their consent for the couple’s union. This finally changed.

Finally, Sumit’s parents have given their blessing to the marriage, but even then, Sumit suffered from cold feet. The couple had been to visit a marriage lawyer to start the process and after the meeting, he phoned the lawyer, telling him to put the preparations on hold. Sumit claimed that after his harrowing divorce, he wasn’t in a position to get married again. Jenny was heartbroken and threatened to return home to the US.

Jenny is clearly overjoyed by this statement and says how great she is feeling. Sumit responds, saying, “I’m ready. You are ready. Both are ready. Let’s do it.”

90 Day Fiancé Spoilers – Star Had The ‘Space’ He Needed

In a confessional, Sumit admitted that being away from Jenny for one day gave him the “space” he needed to think about everything that has happened during their relationship. He has finally realized that his fear of getting married isn’t as big as his fear of losing Jenny.

After telling each other “I love you,” the couple phones the marriage lawyer, Rishabh Rai to tell him the good news. Rai tells them he will immediately start the marriage application process.

On hearing that, Sumit says, “Man, you know. I didn’t know that I [was] gonna [sic] be that happy after I [came] to know that.” Meanwhile, Jenny giggles like a schoolgirl, teasing him that she didn’t know he was going to be happy. Sumit tells the 90 Day Fiancé cameras that he was “fearing for nothing,” while Jenny added the words, “I told you so.” She joked that there is no way Sumit can get rid of her now, to which he jokingly responds, “I will think about it.”

Readers can watch the teaser trailer for Sunday’s episode here:

Fans will now have to wait and see if the couple does finally wed by the end of 90 Day Fiancé: The Other Way season 3.