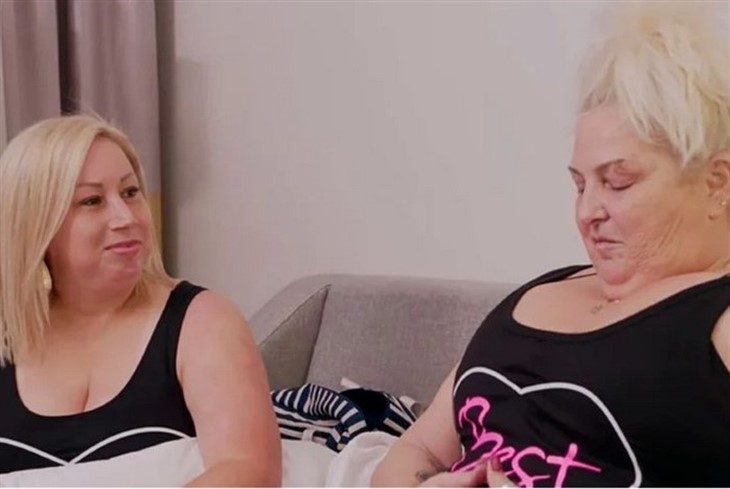 90 Day Fiance spoilers reveal that Angela Deem is making claims that her ex-best friend, Jojo, is a liar. Angela and Jojo have had a long friendship and Jojo seemed to be very supportive of her for quite some time. When Angela’s own daughter didn’t support her, Jojo was there for her. So what happened to this perfect friendship that they used to have?

It looks as if Angela and Jojo had a big fall out over Debbie Johnson. Angela’s Instagram followers were not expecting what they got from her. It all went down when Jojo and Angela went to Las Vegas to see Debbie. Jojo told her fans that Angela went crazy when she felt she didn’t get enough credit for bringing the two of them together. Angela called her a “lying b***h and irrelevant.” This is what started it all.

Even though Jojo kept all the texts from Angela and then shared them as screenshots on social media, Angela is still gunning for her. One of Angela’s fans called her out and told her that she just used Jojo. Then Angela filmed a video saying, “Listen, you don’t want this. Jojo is a habitual liar. I’m gonna say it one time and that’s the last time you hear it. She harassed TLC constantly, did she not, honey?” That’s when she asks Michael Ilesanmi his thoughts.

Angela went on to say that Jojo is “psychotic” and that she is just trying to spread some positive energy and wants everyone to just forget the issues. She then told her fans that she is no longer speaking to her and doesn’t think that Jojo deserves any attention from her fans. She continued telling her fans that they should not “give a damn” about her and just let it all go.

Will this drama ever stop? We will just have to wait and see.