90 Day Fiance: Sumit And Jenny Pose Like They’re In A Wedding – But Will It Ever Happen? 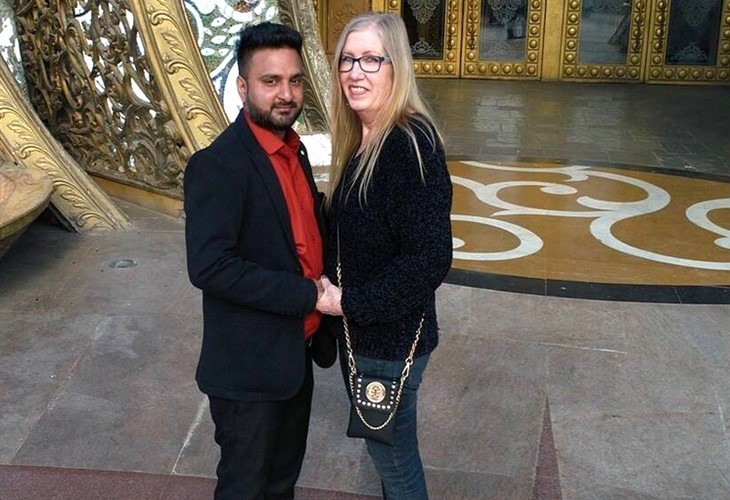 90 Day Fiance fans have to wait for Sumit Singh and Jenny Slatten to share some updates about their wedding. However, Sumit remains dead silent about his plans for their wedding. Fans have started to doubt if he’s really interested in tying the knot with Jenny as well.

Now, Sumit and Jenny are back to share a sweet picture of them together. However, fans think that their pictures don’t mean anything if they’re still not married.

In an Instagram post, 90 Day Fiance star Jenny Slatten shared a picture of her with Sumit Singh posing like they’re in a wedding. The two are holding each other’s hands while looking at each other’s eyes.

According to some, it may be an indication that the two are nearing their wedding. Apparently, it’s been years and fans still haven’t heard any updates about their wedding. Others even started to doubt Sumit as he doesn’t seem eager to tie the knot with Jenny.

90 Day Fiance fans have been calling out Sumit Singh for showing no signs of interest to marry Jenny Slatten. Most of the time, fans think that Sumit is making excuses to stall his marriage with Jenny. Fans also think that Sumit is not trying to find ways to make his parents accept Jenny.

Meanwhile, others claim that Sumit and Jenny are just delaying their marriage to stay in the show for extra income. There are also rumors stating that they’re already married, and the two already purchased a house in India.

The latest season of 90 Day Fiance: The Other Way is becoming more interesting. Apparently, Jenny Slatten is doubling her efforts to stay in India much longer. During the latest episode, Jenny puts her interest in becoming a Hare Krishna devotee.

According to Jenny, she may be able to receive a missionary visa, which can help her stay in India much longer without having to pay an expensive amount. However, Jenny was shocked after learning that she needed three to ten years to fulfill the requirements of being a devotee.

To make it worse, an ISKCON priest told Jenny that is still not guaranteed if she’ll get a missionary visa once she completed all her requirements. However, fans think that it will also help Jenny to learn more about the culture in India as well as her future husband.