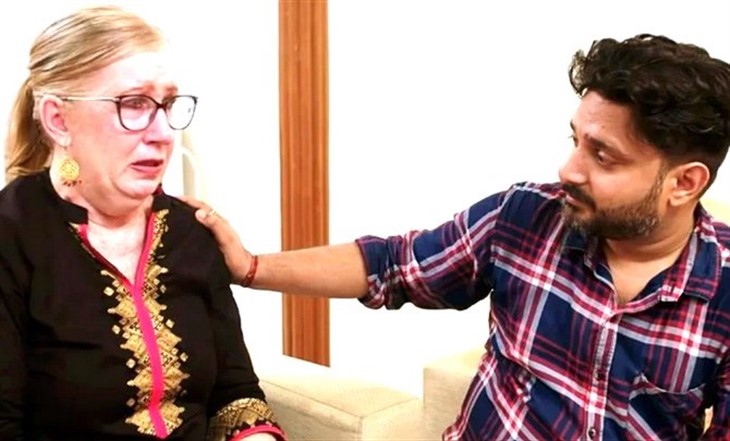 90 Day Fiance spoilers reveal that Sumit Singh may have never had intentions to marry Jenny Slatten in the first place. Fans of the show have started to give him a lot of backlash about his intentions with Jenny. Many fans of the show are not sure that they will get married this season or if they will ever get married. We have seen Sumit’s action throughout the years and it seems as if he wants to continue to just string her along.

TLC 90 Day Fiance Spoilers – Will They Get Married?

Ever since we first were introduced to these two, their relationship has been all over the place. Sumit has always said that he won’t marry Jenny until his parents give their approval. That doesn’t seem to be happening in the near future, so what will he do? Will Jenny continue to just stand by and be his fiance?

Keep in mind that Jenny left her entire life in the states to be with Sumit in India and because she does not have a K-1 visa, she has to leave every six months. This has got to be wearing on her wallet and her mental state. Why does she continue to let Sumit keep asking her back? Sumit has shown absolutely no signs of commitment and now Reddit users are starting to bring this up.

Reddit users do not like how Jenny and Sumit’s storyline just goes in circles. They never change or work on the issues they have, and it looks like they will never get married either. Do they have a genuine relationship or are they just boring as a couple? Sumit continues to push the idea of marriage out of his head, but Jenny needs to have that closure in order to finally settle down in India. What will happen?

Sumit continues to find reasons not to marry Jenny and now he has hired an astrologer to tell him that they should not force their marriage. Many fans believe that he has been paid to tell them that and Sumit is the one paying him. Who knows what will happen next on 90 Day Fiance: The Other Way.

DOOL Spoilers: Ben And Ciara Baby On The Way?