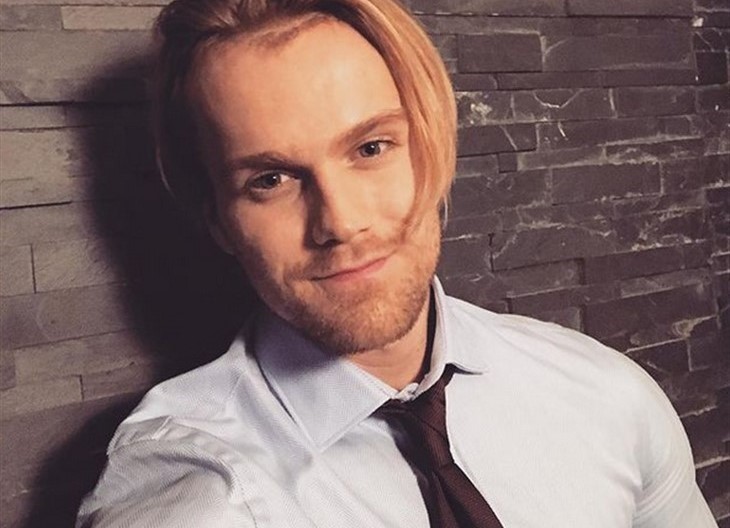 It was recently hinted that 90 Day Fiancé star Jesse was going to make a surprise appearance on the next season of Darcey and Stacey. At that time, a relationship was teased with Colombian beauty and fellow TLC reality star, Jeniffer Tarazona. On Friday, Jeniffer, 25, posted a selfie featuring a mystery blond man to her Instagram Stories. Meanwhile, Jesse, 28, shared an image of his own to his social media, revealing himself and Tarazona.

Friday, June 25, saw Jeniffer Tarazona post a selfie to her IG stories with a mystery blond man, wearing a black T-shirt. It seems the Bucaramanga, Colombia beauty is on a getaway in Turkey with none other than Jesse Meester, as he shared a photo of his own, taken at the Titanic Mardan Palace – with him also wearing a black T-shirt.

On Monday, June 21, Jeniffer shared an image at the Casa la Factoria hotel, where Jesse had already claimed to be staying, in a video he shared on June 24.

On top of this, five days ago Jeniffer posted a cute video clip, where Jesse can be heard laughing in the background. Her caption was all about trust and love (in Spanish and in English). The man himself commented to this, writing, “Oops [fire emoji] mi amor.”

However, there is absolutely no speculation anymore as, at the time of writing, Jesse posted another IG Story, revealing himself and Jeniffer enjoying breakfast together. It doesn’t get clearer than this!
Jeniffer and her split from 90 Day Fiancé star Tim Malcolm

Rumors have been doing the rounds about the pair since late in 2020. At that time, Jeniffer had broken off with her ex and fellow 90 Day Fiancé star, Tim Malcolm, with whom she originally starred on the reality TV show.

Fans who watched 90 Day Fiancé: Self-Quarantined will remember when Tim, 40, finally opened up about their split and why he and Jeniffer broke up. He admitted he hadn’t talked to her in a couple of months. According to Tim, after the Tell-All, he and Jenniffer were planning on organizing her visa but it turned out to be very expensive. Tim said he told Tarazona to give him some time.

It seems Jeniffer didn’t want to give him too much time, as their long-distance relationship gradually fizzled out. Malcolm said on the June 2020 show that Tarazona no longer wanted to visit him and they stopped talking, adding, “We were done.”

On his side, Jesse has been active on the dating scene after the drama of his relationship and split from Darcey Silva on 90 Day Fiancé: Before the 90 Days seasons 1 and 2. It certainly looks like he may have finally found himself a match!

Days Of Our Lives (DOOL) Spoilers: Chloe Is Torn Between Philip And Brady