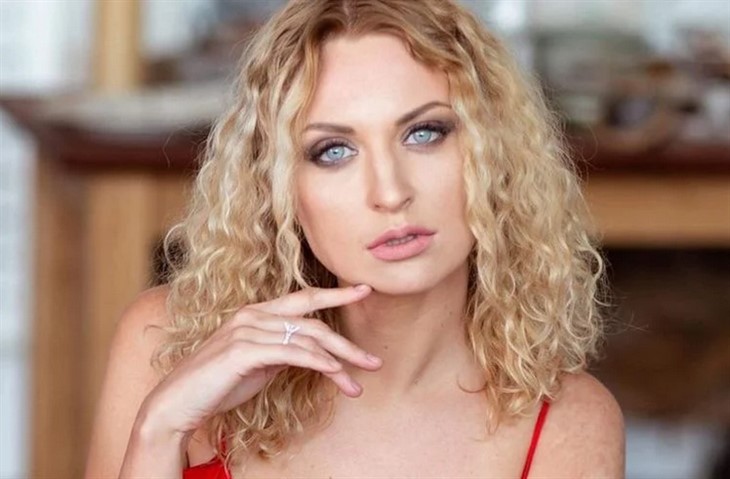 The Ukrainian beauty of TLC, Natalie Mordovtseva, stunned her followers as she shared a photo of the man of her dreams on one of her Instagram stories after calling it quits with ex-husband, Mike Youngquist.

The former couple agreed to date other people and Mike has been reported seeing Marcia Brazil, while Natalie joined the “90 Day Fiancé: The Single Life”.

In the recent episode, she was enjoying her time in Tampa and learning how to communicate with the company of her new friend, Julia. Some viewers accused Natalie’s activity of being scripted as she was acting differently and exaggerating her accent.

The 37-year-old reality TV star revealed she is still dealing with her break-up with Mike and needs more time to recover. A lot of men tried to connect with the TLC star online asking her for marriage as she shared that the right man for her should make her his wife and be able to give her offspring but she declined all of them as her heart is beating for someone special.

One of her Instagram followers asked in her AMA session: “What type of men are you attracted to?” She answered by posting her photo in her Instagram story and wrote: “Here is my perfect match.”

Fans were surprised as the Ukrainian beauty included a link to a YouTube video that led to “Loki–Hero [Bonnie Tyler]” from WaterBearEdits, revealing that her perfect match is the British actor Tom Hiddleston.

She also explained they haven’t met each other yet: “Unfortunately, he was busy shooting a new fantastic blockbuster, but maybe we will meet in another time.”

While her followers were surprised by her revelation, Natalie also shared her goal in life, which is to work hard in building herself and her career.

The TLC star, Natalie Mordovtseva, got the hearts of the people as she posted many modeling photos of her on Instagram.

Mordovtseva once deactivated her social media page for getting a massive backlash about her behavior on-screen, especially on how she treated her former lover, Mike Youngquist, and for supporting Geoffrey Paschel, who was found guilty of violently attacking and kidnapping his ex.

Moving on with what happened in the past, the Ukrainian beauty posted a black and white portrait on Instagram wearing a low-buttoned long sleeve. People also seem to disregard Natalie’s past as they flooded her comment section with compliments and told her positive words regarding her beauty.

“He [Mike] was definitely holding you back. So much potential,” a fan claimed.