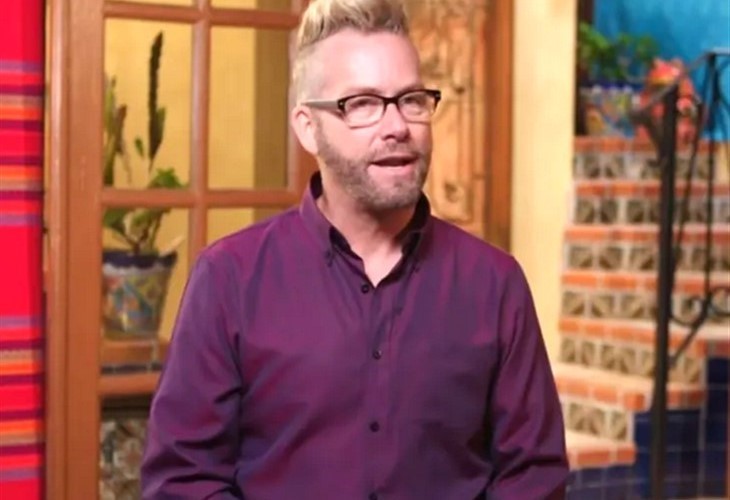 It was recently reported that 90 Day Fiancé stars Kenneth Niedermeier and Armando Rubio are talking about having a child together. In the meantime, Kenny had revealed the news that his daughter Cassidy has given birth to a baby boy, Julian Joshua. This makes the Niedermeier patriarch a grandpa for the second time.

90 Day Fiancé fans have watched the progress of Kenneth and Armando’s relationship on The Other Way. In the latest season of the TLC reality show, the loving pair is seriously thinking of having a child together as a sibling for Armando’s daughter, Hannah. So far, having visited an orphanage for HIV-positive children, the couple hasn’t revealed whether they will adopt.

The other option open to them is going the IVF route, as Kenny did with his children in the US. Admittedly, he has revealed that at 58 he might be too old to care for a newborn, so adoption might be the best bet for the loving couple.

However, the latest family news is that Kenneth has become a grandfather for the second time. He is currently back home in the US, where he traveled to be with his daughter, Cassidy, for the birth of her child. Unfortunately, Armando couldn’t accompany him, as he is still not allowed to travel to the States.

The proud grandfather shared an image with his Instagram followers, posing with his older grandchild, Madison’s son, Cooper. Kenny is seated in a rocking chair with the new addition to the family in his arms. Two other cute images reveal the newborn, Julian Joshua, along with his birth details. Julian was born on October 22, at 5:54 am, weighed in at 8 lbs 13 oz and is 20.08 inches tall.

In his caption, Kenny wrote, “Cooper & I are Happy to announce the birth of grandson #2 Julian!” The 90 Day Fiancé star went on to congratulate his daughter Cass and son-in-law Josh, saying how proud he is of them. The happy grandfather also wrote, “Cassidy and son are doing fabulous! Our family grows.”

Armando was quick to comment, writing, “What a blessing! Love Julian” to which Cass replied, writing “Julian loves his pop pop.” Armando quickly responded, writing, “Pop Pop loves him!” When one fan asked Armando if he is a “step-grandfather,” he was happy to respond, “yes!! Proudly so!” 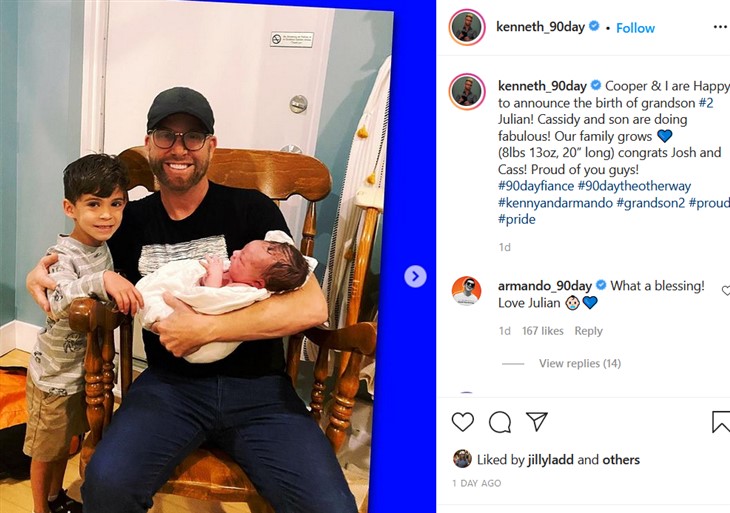 While Kenny is in St. Petersburg, Florida, Armando has returned to his own hometown of San Felipe, Baja California to spend time with his family.

Keep up with Kenny and Armando’s story on 90 Day Fiancé: The Other Way on Sundays at 8 pm on TLC