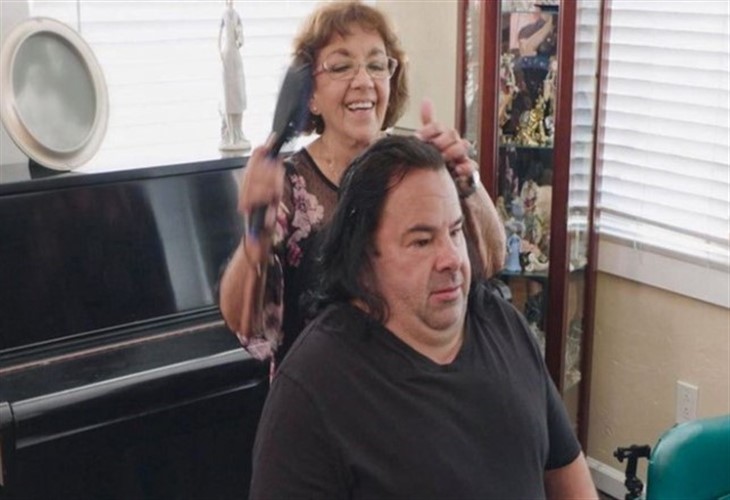 Fans already know that 90 Day Fiancé star Colt Johnson lives with his mom, Debbie. However, it turns out 90 Day: The Single Life star Big Ed also lives with his mother. Despite looking for love on the new discovery+ spinoff, Ed has now opened up as to why his elderly mother is currently his roommate.

Judging from Big Ed Brown’s Instagram account, the 55-year-old has been spending time with many young women recently. In the past week, Ed has shared a number of images from his trip to Fort Lauderdale in Florida. As fans know, Brown prefers younger women – his excuse being that he is still young at heart. Fans have criticized the TLC reality star for partying with young women while wearing no mask, but this doesn’t appear to bother Ed one little bit.

Meanwhile, on 90 Day: The Single Life, where Ed is currently seeking love, he has been rejected by beautiful Liz for moving in too fast for a kiss. However, it turns out his living arrangement is very different from his wild bachelor life. Ed currently lives in San Diego with his 82-year-old mother. Many would think that living with your mother isn’t the best scenario for dating, but hey, Colt seems to get by, so why not Ed?

Brown recently opened up in an interview with Screen Rant about his living arrangements. While many fans have judged him for sharing his home with his mom, it turns out it is in a good cause. Ed is actually taking care of his beloved elderly mom.

Big Ed explained that in the past year, his mother has lost the house she was living in when the family that owns it decided to sell. Shortly after this, his mom’s boyfriend passed away and then his mom was hit by a car, leading to back surgery in October last year. Brown is being the very good son by deciding to care for his mother during her difficult time.

Ed said he has been “pretty selfish” for the last 20 years while living on his own. However, he knew this day would come and he would be the one to step up. As soon as he found out his mother was losing her home, he found a cute, two-bedroom bungalow for them to share. Ed says he fixed up the yard and installed a hot tub and fire pit.

Big Ed he enjoys living with his mother and that it “feels really, really good.” He explained that his mom is a very giving person and raised the six of them. His mom and his dad ensured their children had everything they needed. However, his brothers and sisters are now married and have spread across the country. Ed says he knew it was his responsibility to do the right thing.

Big Ed did admit that supporting his elderly mom does have its advantages, too. He doesn’t have to worry about doing the laundry, plus his mother helps out with the cooking too. Ed says these benefits are just an added bonus on top of knowing he was caring for his mother.

While Big Ed is used to living alone, he says having his mother living with him is ideal. He couldn’t be happier than being able to be the son that he wants to be for his mom at this stage of his life. Ed said he wants his mom to enjoy the rest of her life without having to worry about her living situation or finances. On top of this, the freedom of living with her son has given her the chance to take up sketching and oil painting.

While it might sound difficult to date while having your mother as a roommate, Ed says she is very supportive of his love life. Admittedly, she would like him to cut his hair and date women closer to his own age, but Ed said that isn’t likely to happen any time soon.

Keep up with Big Ed’s search for love on 90 Day: The Single Life weekly on discovery+.