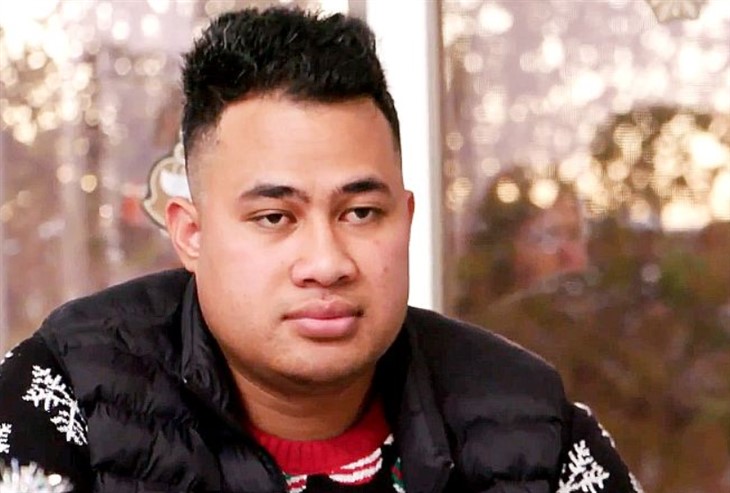 In a preview for Sunday’s episode of 90 Day Bares All, 90 Day Fiancé couple Kalani and Asuelu get to the core of their issues with Asuelu’s mother, Lesina, and his sister, Tammy. To do so, the TLC reality stars open up and reveal just how much money the Samoan native has handed over to his mom, despite all the complaints.

Since we first saw Kalani and Asuelu on 90 Day Fiancé, his sister Tammy has made it clear that she believes Asuelu should give more money to their mom. She truly believes he should support his family back home, while their mother, Lesina, openly makes financial demands. The couple has two young sons to raise and Kalani has always been against Asuelu giving his family more money than he can afford. However, she does admit that he did rely on Tammy’s money while living in Samoa.

In a teaser clip from Sunday’s episode of 90 Day Bares All, Kalani says, “I think Tammy just doesn’t like what Asuelu gives because Tammy has given a lot of money in the past,” she says, adding, “I think that now that Asuelu is in America, she’s kind of trying to pass that off to him. I mean, I don’t think Asuelu would have survived growing up without her money, like, he basically lived off Tammy’s money when he was in Samoa.”

TLC 90 Day Fiancé Spoilers – How much money Has Asuelu Pulaa Given His mother?

However, it is not just about Asuelu’s time with Kalani in the US. He notes that he has already given his mom a significant amount of money. According to Asuelu, before he moved to America to be with Kalani, he used to give Lesina his whole paycheck. He estimates this at around $600 to $700 each month. Between themselves and host Shaun Robinson, they estimated that he had given his mom at least $15,000.

Kalani then notes that before Asuelu moved to the US, he cleared his entire bank account and gave it to his mom. This caused a fight between the two 90 Day Fiancé stars, as Kalani is obviously annoyed at how much he has given Lesina. She even went as far as saying, “It’s also bingo money, church fundraisers, church events.”
While obviously, Lesina’s demands for money are culturally biased, Kalani believes that in America, Asuelu’s money should be used for supporting his own family.

Watch the next episode of 90 Day Bares All on Sunday on Discovery+.

Be sure to catch up on everything happening with TLC right now, come back here often for 90 Day Fiance spoilers, news, and updates.