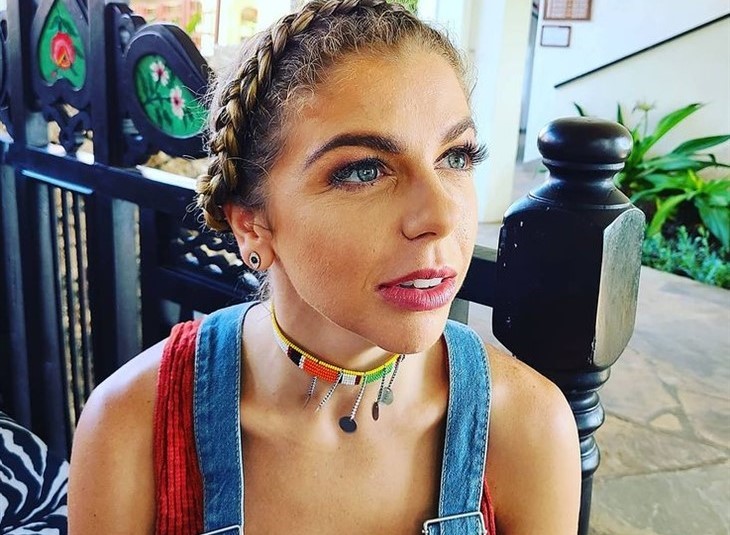 A while ago, 90 Day Fiancé star Ariela Weinberg encouraged her social media followers to help raise money for surgeries, urgently needed by an Ethiopian burn victim. Her pleas were successful and Zuleya Tayib was able to undergo the necessary treatments. Now, Biniyam Shibre’s lovely wife is asking for help once again. While Zuleya was able to have her surgeries, she needs somewhere decent to live on top of the ongoing bandages and creams.

Last year, Zuleya was severely burned when the kerosene-powered stove she was cooking on exploded. Ariela started a GoFundMe page in November 2020 to raise funds to pay for Zuleya’s two major surgeries for “contracture and skin grafting” under anesthesia. At that time, Weinberg was able to raise $2,455 for the surgeries.

Following her surgeries, Ariela visited Zuleya and saw how truly bad her living conditions are. Having successfully raised enough money for Zuleya to have her much-needed surgeries, Ariela has started another GoFundMe. She aims to show the Ethiopian burn victim how beautiful the world can be. This time, Ariela is raising funds to change the woman’s life for the better. 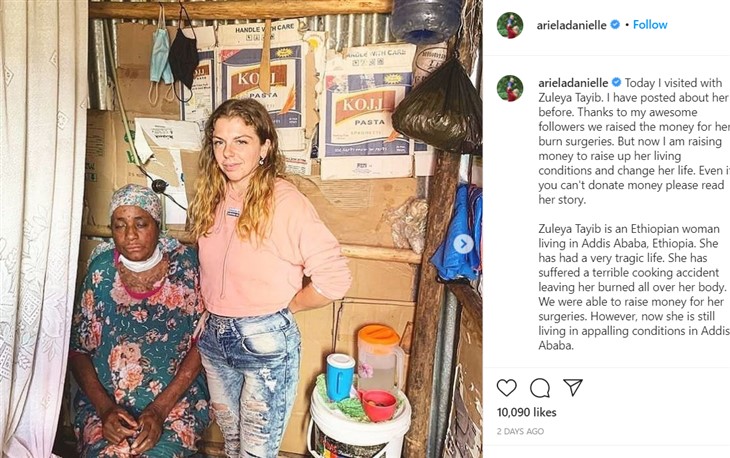 According to Ariela, the woman originally hails from the southern Gurage zone, but now lives in Addis Ababa. Prior to arriving there, she lived in Sudan and a number of Arab countries for seven years as a refugee. Zuleya apparently lost her child and her husband left her, so she has no family to support her. She currently makes a sparse living, selling socks from her home. Zuleya did try selling them in the street, but the police always harassed her.

While running the GoFundMe to help Zuleya, Ariela also wants her to see the world can be a good place. Currently, the fundraiser is to cover “the costs of changing her bandages, money for pain medicine and itch cream.” However, Zuleya also needs help with starting a new business.

The former TLC star also plans to upgrade the burn victim’s house, so this is just the beginning. Apparently, the house has a leaking roof and Zuleya freezes at night as the metal walls lack any kind of insulation. According to Ariela, she also needs “a new mattress, blankets, and pillows.”

In her post on Instagram, Ariela urges her fans to donate via the GoFundMe page. However, she also asks those unable to donate money to write a letter, draw a picture, or something else to let Zuleya know they are thinking of her.

Ariela writes, “If you would like to consider sponsoring her until she gets on her feet or anyone else please contact me!” The fundraiser is already seeing support, as at the time of writing, it has currently raised $5,853 of the original goal of $7,000. Readers can access the GoFundMe account here.