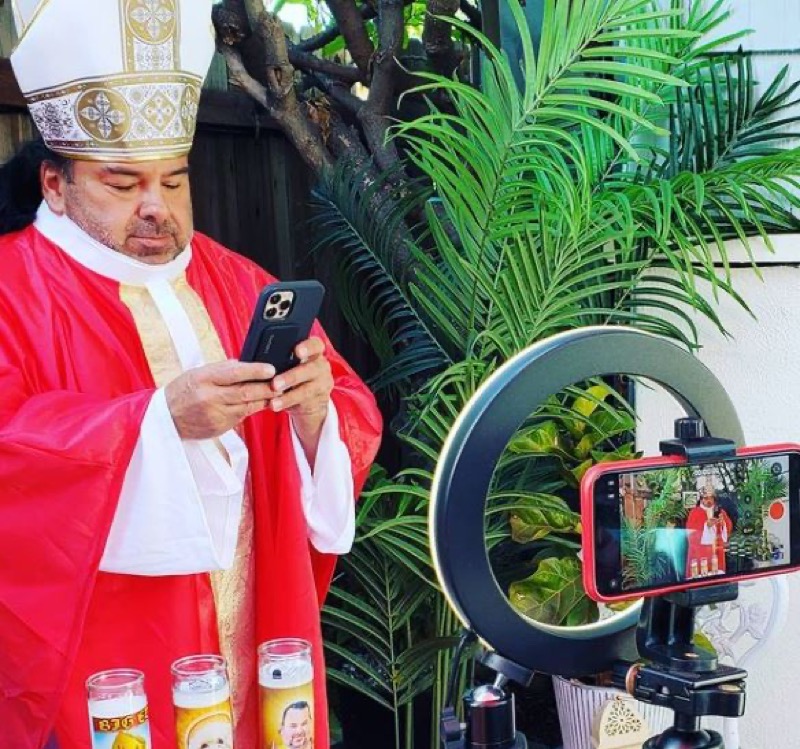 90 Day Fiancé spoilers tease that Big Ed Brown can now officiate for weddings as an ordained minister, and he recently offered this new service on a recent Instagram video. We have to wonder if perhaps he might perform the weddings of 90 Day Fiancé couples; that would make an interesting spinoff!

90 Day Fiancé fans who have the ability to watch newer spinoffs on Discovery+ have seen Big Ed on a couple of the spinoffs on the new streaming service. He has appeared on both 90 Day Fiancé: The Single Life and 90 Day Fiancé Bares All. He maintains a very active social media presence as well, wanting to stay in the eyes of the public. He has become a bit infamous for his Big Ed merchandise that he offers for sale, frequently through Instagram, some of it a bit questionable, others a bit tacky, but all of it promoting himself, Big Ed Brown!

So when viewers saw that now he has become an ordained minister and now offers to officiate at weddings, some of them were a bit thrown for a loop, while others were just a little bit offended! Those fans are still a bit left with things they could not unsee, as they have watched him do strange things such as mayonnaise hair treatments, which his ex-girlfriend Rosemarie Vega said made him smell sour, and his extremely blunt and rude comments to her. Somehow all of those past behaviors just don’t seem compatible with a minster who officiates at weddings, in the eyes of some! Much of his behavior on the 90 Day Fiancé iterations has been less than wholesome and some of it downright unsavory!

Ed talks about his time on one of the new spinoffs, “90 Day Fiancé-The Single Life”. This spinoff follows those cast members who were previously involved in relationships that failed, and now they are dating again, or trying to. He saw this spinoff as an opportunity to work on himself, for self-improvement. He explains that the show is not like a dating show, “The Bachelor” for instance, in an interview with People Magazine. He continued, explaining that it was really more about them following him around and filming him as he goes around on his new journey trying to get back into the world of dating. Ed also said that one of the first things that he did was to hire a dating coach and an exercise coach as well.

He signed up on several different dating sites to put himself out there as well. However, his mass marketing approach to putting himself out there and trying to attract women kind of backfired on him. He admits he has been catfished around fifteen times through these sites, and many users put up photos of themselves from years ago! Ed quickly gave up on that approach!

He commented on his relationship with Rosemarie and said he has come to the conclusion that dating and getting to know someone is much easier in person than it is on the internet, and especially when the person is a world away! As far as his new “profession” he said in his video that he would be glad to be a celebrity guest at any event, as well as officiate at weddings. He’ll also do receptions, parties, fundraisers, and other services. Some were offended, commenting things like “you’ll do anything for a buck!”