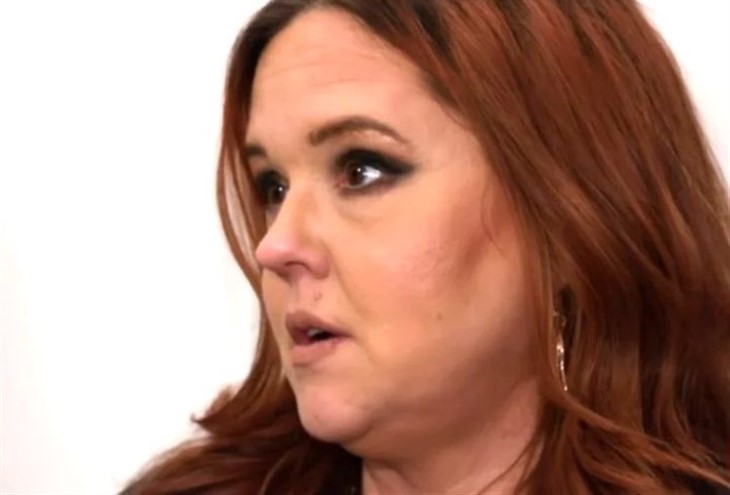 90 Day Fiancé news shows that star Rebecca Parrott has some cosmetic procedures done, but is she at it again? Eagle-eyed fans are seeing a different look on the reality star and we have the scoop for you here.

Did Rebecca Parrott get some more work done or is she just heavily editing her IG pictures? After she recently posted a photo on Instagram that doesn’t look like her, some fans called her on her “new face.”

In the past few months the reality TV star had two major cosmetic procedures done, but it appears in spite of the changes, she is still using filters on her pictures. This led one fan, after looking at her “Facetuned” picture, to wonder, “So where’s Rebecca?”

Rebecca is Zied Hakimi’s fiancée and she has informed her fans that she chose to undergo a couple of weight loss procedure: laser liposuction and body contouring.

These two methods are less invasive than some other weight loss procedures and she was thrilled with the results. She posted “before and after” pictures which showed a minor change in her body.

Also, right before her 50th birthday, she had her lips injected with Dysport. This procedure helped to smooth out her laugh lines even though many fans think that Rebecca Parrott doesn’t need any help to look younger.
So, what is this about her new face? She recently posted a picture on her Instagram but some had trouble focusing on the product she was endorsing because they were distracted by her “new face.”

Fans know how Rebecca looks without photo filters due to her appearance on the show. These people think that in this particular picture she removed wrinkles because her jawline looks more defined and her cheekbones look higher.

A fan wrote, “Damn all these photoshop apps got you really thinking/believing this is how you look,” and someone else said, “Who is that in the picture.”

Other 90 Day Fiancé fans have advised her to stop getting temporary cosmetic surgeries but maybe Rebecca feels insecure about Zied after he recently showed off a suave, handsome look? Remember how jealous she got when her daughter’s young blonde friend, Hannah, offered her services to Zied in moving the furniture?

Be sure to catch up on everything happening with 90 Day Fiancé. Come back here often for 90 Day Fiancé news and updates.