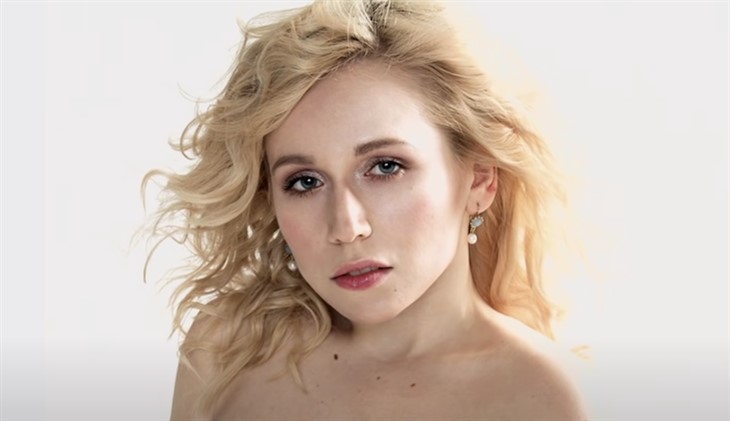 90 Day Fiance spoilers reveal that viewers of the new season of the show have pointed out that they think one of the new cast members could be just looking for fame. Alina Kasha has joined the cast. She is a Russian singer and burlesque model and from what we have seen, she could be trying to boost her career by being on the show. Is she really doing this for fame?

Alina is dating a man named Caleb Greenwood, who lives in Arizona. They met online and have quite a bit in common. When they first met online, they were teenagers and became fast friends. Then they started having romantic feelings for one another. They lost touch though, but when they both joined an international dating app, they matched up with each other and thought that this had to be fate. Caleb has become very close to Alina. In fact, he feels that they have a very deep connection and that is why he is planning on going to meet her face to face.

There are a lot of viewers that already feel that Alina is their new favorite cast member, but there are others who think she’s just trying to become famous. One Reddit user wrote, “Just as fame thirsty as everyone else on the show.” One more fan wrote, “People are just tripping over themselves to applaud her because they don’t want to be seen as anti-disabled people.”

90 Day Fiance Spoilers – Is It About The Fame?

Although many viewers feel like the only reason anyone goes on 90 Day Fiance is for fame, there are some that feel like Caleb and Alina’s relationship is real. For those who think they really are together for love, they have pointed out that Alina is talented and it looks like they are at least real best friends.

We will have to keep an eye on these two to see if they really are a genuine couple.

Be sure to catch up on everything happening with 90 Day Fiance right now. Come back here often for 90 Day Fiance spoilers, news, and update