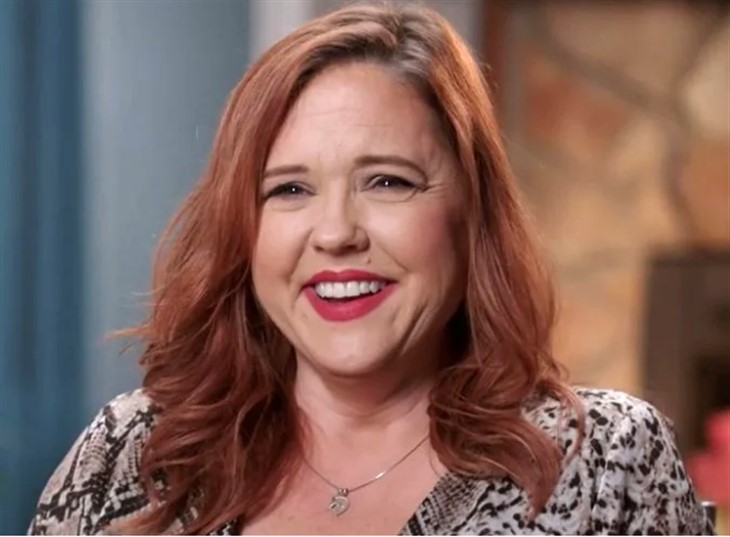 TLC 90 Day Fiancé spoilers and updates reveal that Rebecca Parrott revealed on her personal Instagram account that she went under the knife and got liposuction, “My first before/after pic!! I’m really noticing a big difference now! I still have a lot of swelling, which is normal. But I’m following all the instructions. Drinking lots of water, wearing the compression garment to minimize swelling, doing lymphatic massages to help the fluid break down. I can’t believe this is MY BODY.”

Before Rebecca met Zied, she was wooing him with filtered photos or photos of herself when she 30 years old, “The one that I use the most is the one that just makes me look prettier.” Thankfully for Rebecca, when Zied did meet her, he claims to have not been disappointed, even though she looked much older than her photos. That certainly speaks to Rebecca’s wanting to look younger for Zied, and now in a dramatic turn, going under the knife, the 49-year-old put her life at risk.

TLC 90 Day Fiancé Season 8 Spoilers reveal that although this type of surgery is relatively safe, it may still cause blood cots, fluid in the lungs, infections, heart problems, and more. Fans are surprised that Rebecca went ahead with the surgery, they felt she look good before and didn’t need it, “Maybe I’m missing something. You looked good before,” and “she was perfect before. She doesn’t need this!”

After three failed marriages, the Georgian mother of three cast members made her first appearance on season 3 of 90 Day Fiancé: Before the 90 Days where she first met Zied in Tunisia, where he is from. Regardless of their cultural differences and their 22 year-age difference, Zied proposed and fans can’t blame Rebecca for wanting this relationship to work.

TLC 90 Day Fiancé Season 8 Spoilers reveal that Rebecca revealed that she will be undergoing a full-body transformation. It started with this summer when the 49-year-old’s fans noticed that her forehead barely showed any wrinkles, then on to the body contouring with the liposuction. Taking into consideration that Rebecca is engaged to a man who is young enough to be her son, most fans are not surprised about the changes. With all the changes Rebecca has made, the age difference at least won’t look so apparent as it did before, for the time being.

What do you think about Rebecca’s transformation? Do you think she will stop at this and be happy with how she looks?

Be sure to catch up on everything happening with TV right now. Come back here often for TLC 90 Day Fiancé Season 8 spoilers, news, and updates.

The Bold And The Beautiful Spoilers: Steffy Forrester Discovers A Major Shocker