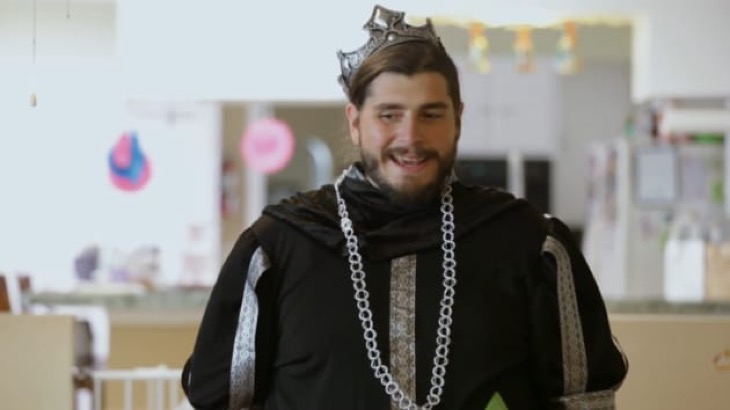 TLC’s 90 Day Fiancé couple Andrew Kenton and Amira Lollysa are one of the franchise’s newest couples. Some fans are comparing Andrew to Colt Johnson, calling him “Colt 2.0” even though the couple’s story is different. Andrew did meet Amira for the first time in Las Vegas, Nevada but there is no indication that he and the 90 Day Fiancé-Happily Ever After star know each other. So why are fans comparing Andrew to Colt?

Colt likely makes a much better living in IT work than Andrew does, who helps his mother run a daycare out of her home! Andrew was shown in one episode dressed up like a medieval king and reading a story to a group of children. Colt hasn’t read any stories to his group of cats. Andrew spends a lot of his time at work, with the daycare apparently being open long hours.

He didn’t have much free time to socialize or to date in person, so he started dating online which is where he met Amira, a native of France. After a few months, they wanted to meet and he planned a Las Vegas vacation to facilitate their meeting. She flew to him, not him to her. Andrew was smitten when she arrived, and it was love at first sight for Amira as well; they were engaged only three days after meeting in person and when she returned to her native France, Andrew filed for a K-1 fiancé visa so Amira could return to the United States and they could get married.

Amira told TLC in a confessional that Andrew is very romantic and caring, and he would move heaven and earth for her if she needed. Amira’s K-1, however, took over a year to get through the approval process. Then Covid struck, and the United States had issued a travel ban for Europeans right when her K-1 visa approval finally came through!

Andrew started looking for loopholes right away, knowing they only had a limited time to marry after the K-1 visa was issued. He decided to meet her in Mexico and quarantine with her for two weeks and then return to the United States. But then there was another roadblock – or should that be an “air block?!” Amira was terrified of flying to Mexico because of the sharp rise in Covid cases at the time. She spoke to her father about it, and he had told her to consider postponing the trip.

Amira told him that Andrew had given her an ultimatum and that she had to go or she might lose him, or at the very least he would resent her decision forever! Amira also told her father that Andrew was giving her financial help and he had expectations of her doing what he wanted because of it. Amira’s father noted all the times Andrew had made her cry before, and didn’t think she would be happy with him. But she still insisted she loved him and wanted to be with Andrew. She told the cameras that her father had witnessed Andrew pressuring her about flying to Mexico to meet him many times.

She said he will keep pressuring her until she does what Andrew wants. Then she would give in and say yes and her father didn’t like how controlling Andrew was coming across. Fans noticed it too. They didn’t think it was right for him to expect her to travel to a Covid red zone in the midst of a deadly pandemic and holding her emotions hostage with threats! In the situation with Colt, he was the one being controlled – here it is the other way around. The fans who thought Andrew is like Colt commented that his nice-guy persona was only a disguise and he was really a user and a player. Time will tell!