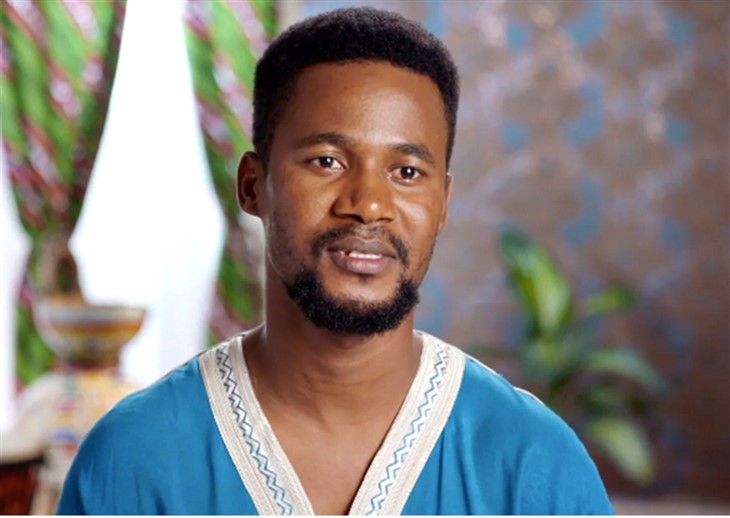 “90 Day Fiancé” fan alert! Season 5 of the show’s “Before the 90 Days” spin-off features at least one familiar face. Remember Usman “Sojaboy”? Well, the upcoming season of “90 Day Fiancé Before The 90 Days” will get us caught up with this season 4 star and his current romance (hint: That split from Baby Girl Lisa seems to have lasted!).

Details on each couple show that “90 Day Fiancé Before The 90 Days” Season 5 will serve up more romance and drama than ever before. In addition, TLC told Entertainment Weekly that the cameras follow each couple carefully. As a result, the new season will unveil exactly how each duo meets and their very first get-togethers in person. Find out more below, including the premiere date.

The new cast of “90 Day Fiancé Before The 90 Days” comes from around the world. But what these couples share in common is their desire to find lasting love. Details on some of the couples follow.

For Kim and Usman, love means taking second chances. At 50, Kim took a risk by communicating with Nigerian musician Usman (also known as “Soja Boy”) on social media. But although the divorced woman began her communications as a fan, she gradually moved from friendship to love.

Usman, on his part, feels hesitant. As a result, the musician wants to meet up in person before making a commitment to Kim. So Usman invites her to Tanzania, where he wants to film a music video. Will their mutual risks on second chances pay off?

Ever wish you could meet up again with your teenage romance? When Alina and Caleb were teens, they enjoyed a social media friendship. And then, more than a dozen years later, the two match on a dating app!

But can their online renewed romance turn into something more meaningful? Because Alina is a little person with a condition requiring frequent use of a wheelchair, Caleb worries he’ll face challenges adjusting. And Caleb may also find challenges in charming Alina’s best friend and roommate Elijah, who participates in their meetup in Turkey.

Jasmine, a literature teacher, and Gino, an automotive engineer meet up on an international dating website. For Gino, who divorced his wife after seven years, Jasmine’s beautiful looks and brilliant mind seem like the perfect combination.

But does Gino want more from their relationship than Jasmine? He hopes to propose and get started on having their baby! Because Jasmine sometimes have issues with jealousy, though, viewers will wonder if this romance can survive.

After meeting online, divorced single mom Memphis hopes that Hamza can provide for her and her two kids. And he seems willing, proposing after just months of video chats and texts.

But as Memphis packs up her suitcases and heads for Tunesia to tie the knot, some of her friends and family worry. Does Memphis know enough about Hamza to make this marriage last?

An international dating app matches up Mike and Ximena, and he’s hopeful that at last, he’s found the love for which he longed. But several challenges await for this potential match.

For instance, Ximena, a single mom with two kids, does not speak any English. And because Mike knows only a small amount of Spanish, the couple must rely on a translator app. But that app lets them communicate enough to motivate Mike to head to Colombia to propose and bring his future wife and kids to the United States.

Other couples starring on “90 Day Fiancé Before The 90 Days” include:

“90 Day Fiancé: Before the 90 Days” season 5 will air its first episode on Sunday, Dec. 12. TLC has scheduled the show for 8 p.m. ET/PT on TLC and streaming on Discovery+.