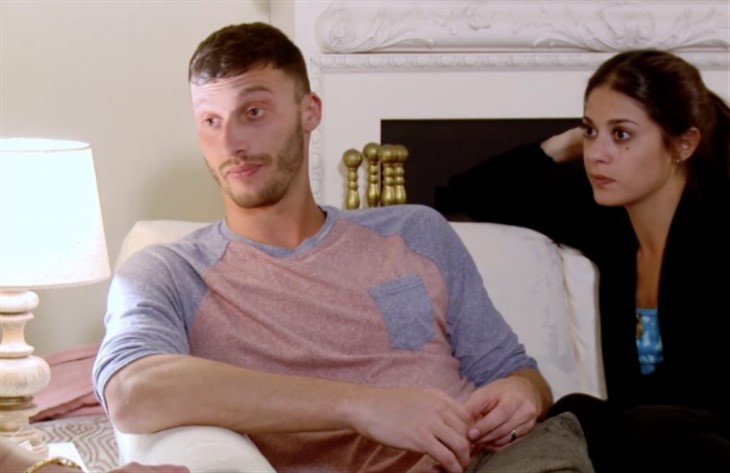 The “90 Day Fiancé” pair, Loren and Alexei Brovarnik, both 32, revealed that their second baby is a boy. They shared the news on Saturday, March 27, on their Instagram account.

The couple posted a video with the caption “Building up our team!!! #teambrovarnik #teamboy 💙”. In the video, Loren is seen carrying Shai, their 11-month-old son, while Alexei was kicking a soccer ball that exploded into blue powder.

The excited mother, Loren, also shared a mirror selfie of her holding her baby bump wearing a white dress with the caption, “Here we go again! 🧿💙🥜”

Earlier this month the couple confirmed another baby is on the way on their Instagram sharing mirror selfies of the family. “It’s true, we are expecting Babybrov #2! We figured why not have another, and Shai is so excited to become a big brother in late summer!” Loren wrote in her post. Loren also encouraged fans to think of a nickname for the child by commenting on the post.

Just like any other couple, the famous pair has been through a lot. Loren and Alexi’s love story was first seen by fans of the 90 Day Fiancé season 3 seven years ago. Fans have loved their unique story: Alexei is an Israeli native who was the medic for a Birthright Israel program trip that Loren joined and both have met. Loren was supposedly scheduled for a different trip but her itinerary was changed five days prior to the trip.

“The jokes on them”

Fans have witnessed the journey of the couple’s story before the wedding. The couple had a big fight induced by a bachelorette party to which Alexei was furious of Loren going to a strip club. Even after the couple proceeded with two weddings and season 3 of the reality show ended, the couple had more arguments. Loren wanted Alexei to be a model and he didn’t like the idea. On the other hand, Loren had a hard time opening up about her struggle with “Tourette’s syndrome.”

90 Day Fiancé Spoilers: Is Mike With Natalie Just for The TLC Paycheck?https://t.co/jHTTMsf5aR

But the couple has risen above the struggles. Loren has become an Ambassador for the Tourette Association of America and Alexei possesses his medical skills.

The couple welcomed their first baby boy named Shai on April 4, 2020. They celebrated their wedding anniversary on September 6, 2020, to which Loren has written in her Instagram post, “And they said it wouldn’t work. Jokes on them! 5 years and a baby later! Happy anniversary @alex_brovarnik – I absolutely love doing life with you!”