90 Day Fiancé: Happily Ever After? Tell-All Is Set To Totally Shock 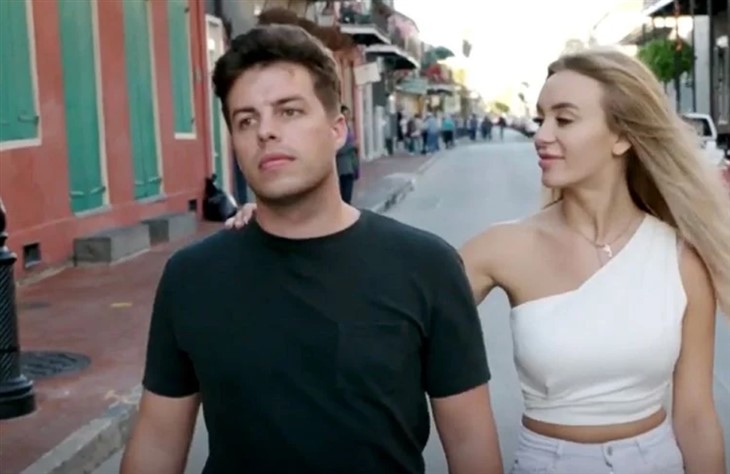 By their very nature, 90 Day Fiancé Tell-Alls are shocking. However, it looks like the Tell-All for the latest season of 90 Day Fiancé: Happily Ever After? wins the prize. In fact, we are almost guaranteed that the majority of the couples starring on the TLC reality show will not live happily ever after.

TLC90 Day Fiancé –  Happily Ever After? Tell-All ‘shock and awe’

The trailer for Part 1 of the 90 Day Fiancé: Happily Ever After? contains one shock after another. It is clear from the start that the couples featured on the show are in trouble. Below we give a brief description of what can be seen in the shocking teaser video.

First, we see Yara, Jovi’s “better half,” who we know has been unhappy since moving to New Orleans from her home in Ukraine. Despite their initial troubles, the couple is still together, at least so far.

However, in the Tell-All Yara threatens to take their daughter Mylah back home with her, as her immature husband looks on speechless. As fans know, Jovi is away a lot with his work, leaving Yara to cope on her own, or with his mother, neither of which are options for the Ukrainian beauty.

In the teaser, we hear her exclaim, “I don’t think it’s healthy for a baby to see mama being unhappy and alone and crying,” before adding, “Like I’m done.”

Mike and his Ukrainian wife, Natalie, have also been having problems for some time. However, despite this, they still got married the day before her visa expired. They have continued to battle along, but it is clear that their relationship is not working. In the trailer, we hear Mike asking, “Anyone know a good lawyer?”

Brandon and his new wife, Julia, were probably doomed from the start. Despite this, Brandon was madly in love with her when he first brought her to the US from Russia. They went on to marry and for a while everything seemed fine.

However, now the newlyweds appear to be in big trouble and Brandon seems ready to throw in the towel. In the teaser, he admits that Julia has become a little hard to live with. “Her jealous side has come out, which is not normal,” he says. As for Julia, her simple response is “F*** you, Brandon.”

Asuelu and Kalani have also had it rough over the seasons and both parties’ family members certainly don’t help the situation. In the trailer we see Asuelu’s mom and his sister, Tammy, from Samoa. They are always looking for money and a fight with Kalani. Fans will remember that Tammy threatened to beat up Kalani and his sister, Kolini, during the last Tell-All. It certainly looks like the whole family will be causing problems in the latest reunion too.

Asuelu and Kalani are not the only ones having problems from family members. Fans will recall that Libby’s brother, Charlie, has always caused problems for the Moldovian native. Unfortunately for Andrei, Charlie is in the studio for the reunion episode and, as usual, he’s “mad.” This is after his father, Chuck, welcomed Andrei into the family real estate business. It’s going to get interesting, after Charlie says, “I have a lot to say.”
Ronald and Tiffany

Ronald has accused his American wife, Tiffany, of cheating on him with a cameraman during her trip to South Africa. When Tiffany brushes off his claim, her jealous husband declares, “I will make s*** known.”

As always, the icing on the Tell-All cake comes from Angela. Having gone through a gastric sleeve procedure, liposuction and a breast reduction, fans’ favorite meemaw is feeling more herself. During the Tell-All, she is flaunting her 100-pound weight loss to the world. However, when she reveals that she went to her plastic surgeon Dr. Obeng’s birthday party, this totally upsets Michael, who is still stuck in Nigeria, awaiting his spousal visa.

Michael’s Aunt Lydia, who only wants to her nephew to be happy, comes on the screen. When Lydia tells Angela to respect her husband, she totally explodes. She tells Michael’s aunt to mind her own business and to not tell her “f***ing” husband what to do. While baring her newly tweaked breasts for the camera, she screams, “Suck on these brand new f***ing t*****s!” totally shocking all her fellow cast mates and host Shaun Robinson.

For those who can still face it, the teaser trailer is included here: https://youtu.be/tNobleleEcE