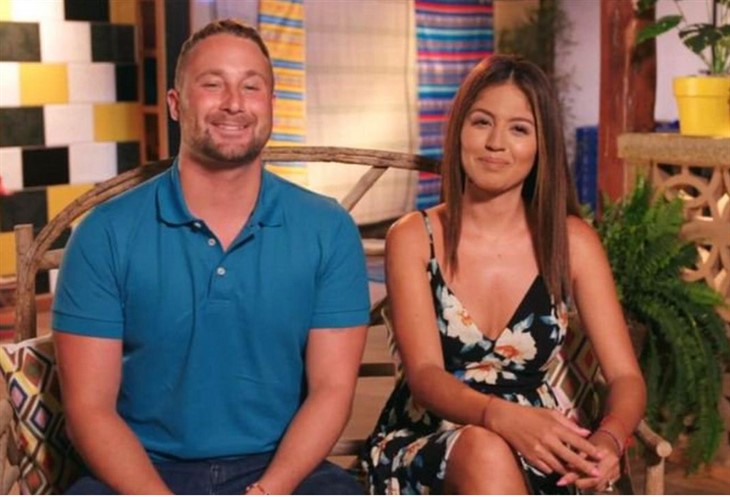 90 Day Fiance star Evelin Villegas finally broke her silence about her secret marriage to Corey Rathgeber. The TLC star shocked everyone when she confessed that they’ve been married since 2019 — contrary to what they’ve been portraying on the show.

Evelin Villegas came clean about her marriage to Corey Rathgeber during an explosive episode of 90 Day Fiance: The Other Way. The reality star is now sharing more details about their secret nuptials and why they decided to do it.

Evelin admitted that she and Corey tied the knot in 2019. She said that at the time, things were going so well in their relationship, so much so that getting married felt like the right thing to do.

The 90 Day Fiance star said they decided not to tell anyone, including their friends and families as they want to keep the special moment to themselves.

“We choose to have our private wedding without cameras and without family,” Evelin revealed. “It was a moment for us, and now that we decided to share it, you are all seeing on tv as even my family learns about it.”

Evelin Villegas also denied claims that she and Corey Rathgeber faked their storyline so they can return to 90 Day Fiance. She clarified that their wedding took place after they filmed for season one.

Evelin added that they’ve been off their contract with TLC at the time so having cameras to film their wedding wasn’t really required.

The 90 Day Fiance star also reacted to accusations that they’ve fooled viewers by making them believe that she has no plans of marrying Corey just yet. The couple was also accused of faking the drama just to stay relevant on the show.

“The proposal and everything we’ve been through, all of that were completely real,” Evelin clarified. “We are not fake.”

Evelin Villegas is now asking everyone to respect their decision. The 90 Day Fiance star said getting married is something she and Corey Rathgeber have decided as a couple in real life.

Evelin also thanked those who keep supporting them even after the truth comes out. The reality star said she appreciates all the love and support from their fans. Find out how things will unfold for Corey and Evelin on 90 Day Fiance: The Other Way Season 3.