Are 90 Day Fiancé Stars Juliana And Michael Getting Divorced? 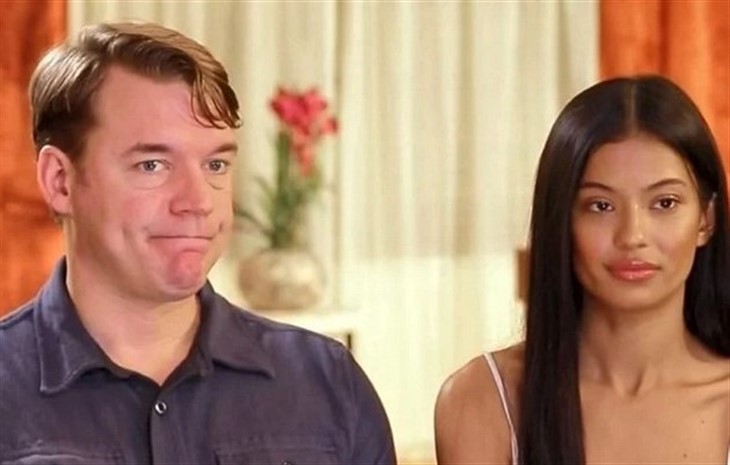 When 90 Day Fiancé stars Michael Jessen and Juliana Custodio featured in season 7, fans were at first doubtful that their relationship would last. They believed Juliana was a gold digger, only in the relationship for Michael’s money. However, as time went on, fans warmed towards Juliana and the Brazilian model and her American husband Michael seemed to be doing well. Since then, something has changed and it looks like they might be the next 90 Day Fiancé couple to split, if they haven’t already.

It took a while for Michael Jessen and Juliana Custodio to prove their relationship to 90 Day Fiancé fans. While fans believed the Brazilian beauty was only after Michael’s money, they eventually won over their fans and seemed to be the perfect couple. In fact, Michael’s former wife, Sara, befriended Juliana and she even officiated the couple’s wedding.

Since then, Michael, Juliana and Sara have been praised for being one of the most successful TLC reality star blended families. In fact, Sara and Michael’s children, Maxwell and Cece warmly welcomed Juliana into the family. So, what has happened to upset this perfect family relationship?

Juliana recently shared a video to her TikTok, @julianacustodiooo that has her fans seriously questioning her marriage. Captioned, “Stop ask [sic] if I’m still married,” Juliana seems nervous as she addresses her fans.

Among the comments, one fan wrote, “There is your answer she clearly isn’t or she would have said ‘yes happily.’” On top of this, Juliana sparked more speculation by telling a commenter that she was no longer in America.

Meanwhile, previous TikToks had hinted that things were not going well between Juliana and Michael. He used to appear in some of her content, but for the past few weeks, there is no sign of him. Among the posts and comments, many hints can be seen of a likely split between the pair.

When someone asked this week if she was still married to Michael, she merely answered with nervous face emojis. When another fan asked Juliana what had happened, she commented, “Perfect family f****** b********.”

Among other content shared to Juliana’s TikTok, fans noted that she was not wearing her wedding ring. On another TikTok, Juliana was seen to be crying, with the caption, “I can’t be human, I can’t be good, good isn’t taking me anywhere.” Her latest TikTok shows her dancing seductively with plenty of side-boob to Coming In Hot by Andy Mineo & Lecrae.

As Michael and Juliana had previously convinced their fans that they were a happy couple, living in a happy family, now fans wonder what has happened to change the relationship. Since she made the comment that she is no longer in the US, this could mean that the 90 Day Fiancé alum has returned home to Brazil.

While it is still unclear whether Michael and Juliana are still together, fans can currently watch 90 Day Fiancé: The Other Way on Sunday at 8 pm ET on TLC.