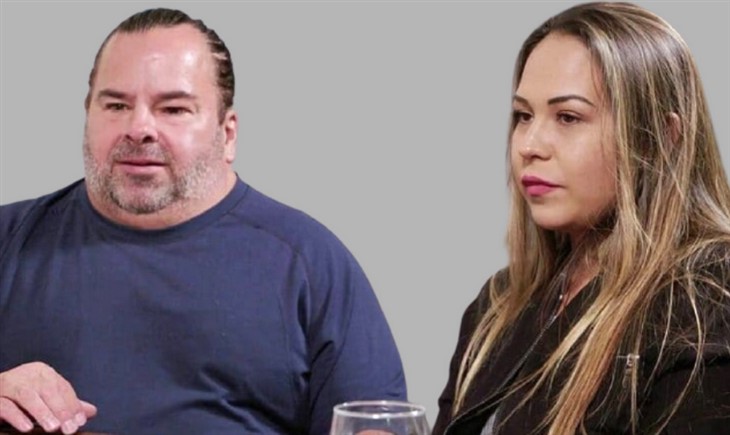 90 Day Fiance’ Spoilers suggest that not only is Big Ed engaged to his girlfriend Liz Woods but rumor is they are expecting a baby. However, some fans are speculating that baby brother is actually a new dog. Big Ed’s dog Teddy recently passed away, is he getting a new puppy instead?

90 Day Fiance’ star Big Ed Brown because famous for his appearance on the show with former girlfriend Rose Vega. Ed was absolutely rude in his remarks to Rose about her hygiene practices and he turned fans off. Fans were furious about Ed’s treatment of Rose who came from the Philippines. Rose’s family had little money and their accommodations were far from what Ed would consider suitable. However, Ed claimed to love Rose and want a life with her. When the question of more children came up, Ed completely refused to discuss it. Ed wanted no more children and that was it.

TLC 90 Day Fiance’ Spoilers – And Then There Was Liz Marie

90 Day Fiance’s Ed then got with Liz who was a waitress at one of his favorite restaurants. Eventually, Liz agreed to go on a date with Ed and finally moved in with him. However, Ed was just as rude to Liz as he was Rose which completely ruined their relationship for a time. Ed began demanding that Liz move out and she gave him exactly what he wanted. However, it was revealed on the tell-all that Liz and Ed still cared for each other. Shortly after the tell-all episode, Ed and Liz were photoed with a fan who claimed they were engaged. Fans were stunned. Now rumors of a baby are floating around causing, even more, hate to come Ed’s way.

90 Days Fiances’ Liz posted a photo of her daughter on Instagram that set off most fans. The caption read “blanket for baby brother, our family is growing.” However, the caption included paw prints which Liz later confirmed to be the truth. As much as Liz’s daughter wants a sibling, Liz revealed that she agreed to a puppy. With Teddy’s death, this makes perfect sense. Also, Liz may realize that a child with Ed is not the thing to do considering the troubles they have already had.

Would you like to see Ed and Liz have a baby? Do Liz and Ed need a child together after the turmoil they have already had in their relationship? Is the dog a safer bet by far?