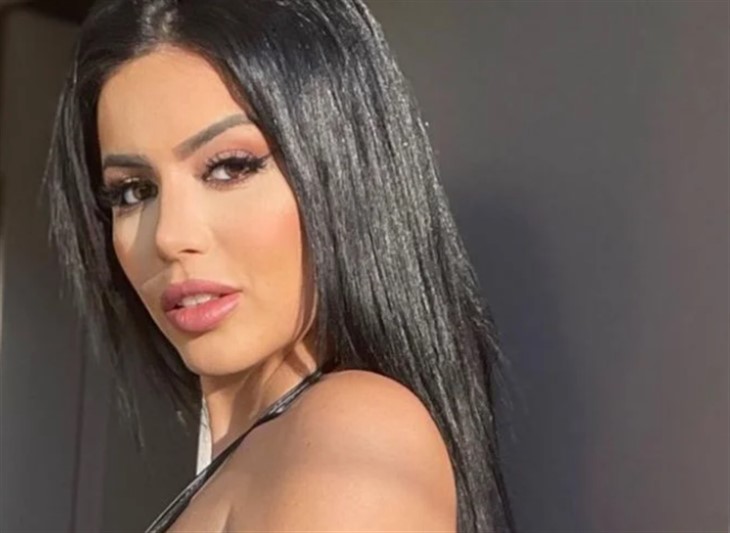 While 90 Day Fiancé alum Larissa Lima Dos Santos has left the TLC reality show, this doesn’t mean she is staying out of the headlines. The latest news is that Larissa is competing with thousands of models in the hope of winning the Maxim Cover Girl Contest. In the meantime, she has deleted most of her Instagram posts, including those with her boyfriend, Eric Nichols.

90 Day Fiancé fans know well that Larissa Lima Dos Santos has undergone $72K worth of plastic surgery treatments. Since that time, she hasn’t been shy in sharing glamorous and sultry images on her Instagram account. However, recently, many of those images have disappeared and it turns out there is a valid reason. It seems Larissa wants to make the best impression on any new visitors to her social media.

Maxim is among the most popular lifestyle magazines and has been in circulation since 1995. Back in 2019, a fellow 90 Day Fiancé alum, Darcey Silva, asked fans to vote for her as the Maxim Cover Girl. She is not alone, as Paola Mayfield, who recently got her American citizenship, also tried out for the coveted role. Paola made it through the first round, but unfortunately didn’t make it in the second. 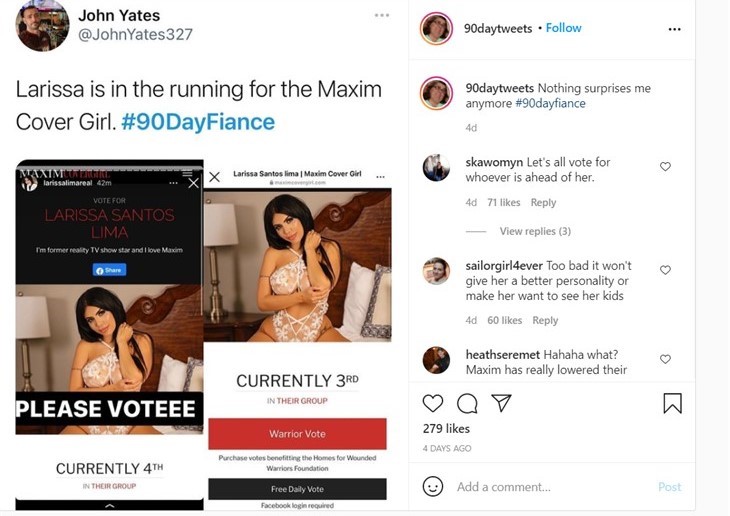 It seems Larissa is now looking to kick-start her modeling career and being a Maxim Cover Girl is a great place to start. She has entered the contest for 2021 and so far, seems to be doing great. At the moment, Larissa is listed in third place in her group.

Should Larissa win, she would also get the chance of being photographed by legendary photographer Gilles Bensimon. Such a photoshoot would give Larissa worldwide recognition and a strong chance at modeling fame. Besides getting on the coveted cover, there is a grand prize of $25,000.

Fans have criticized the contest, commenting that “you don’t need to be famous or even attractive to enter.” Some women claimed that they had entered the contest, but it was nothing but a “timewaster.” One fan, who made it to the finals, said the Maxim Cover Girl contest is only run to draw traffic to Maxim’s website.