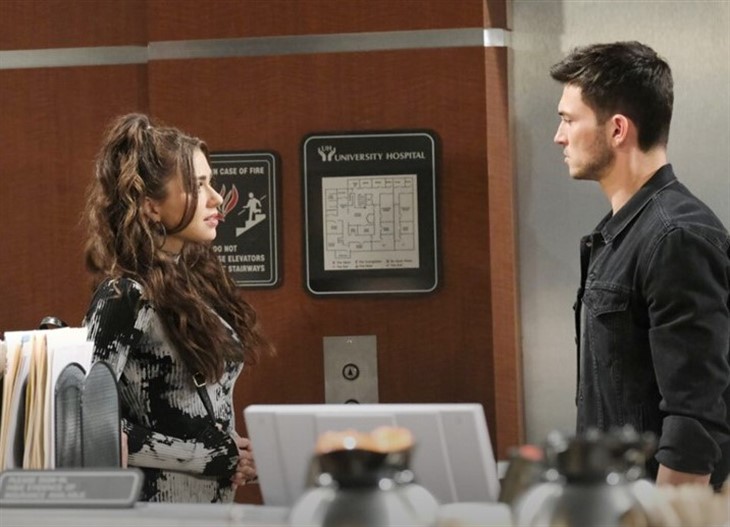 Days Of Our Lives (DOOL) spoilers and updates reveal Say it isn’t so! The moment that he has her back in his life again, she decides to leave town. Days of Our Lives spoilers say that devastation is ahead for Ben Weston (Robert Scott Wilson) as Ciara Brady (Victoria Konefal) once again decides that life in Salem just isn’t for her. Here’s what you need to know.

For the longest time, Ben thought that Ciara was dead. But after he discovered that she was alive, things went south again when he realized that she had lost her memory. And now Ciara hits him with a major bombshell when she announces that she wants to move to Johannesburg to be with Theo. Of course, Ben is going to try and get Theo to persuade Ciara to stay in Salem, but he refuses.

Speaking to Soap Opera Digest in a new interview, Robert Scott Wilson, who plays Ben on the hit NBC soap, says that his character is absolutely desperate to make sure his worst nightmare doesn’t happen. He’s already lost Ciara so many times in the past, and he’s not about to risk it all by losing her again.

Days of Our Lives spoilers say that Ben comes up with a plan to take Ciara up to the cabin where they fell in love and asks for Claire Brady’s (Isabel Durant) help. But she says no, as it will do nothing but traumatize Claire even more.

Robert puts it this way, “He talks about pretty much kidnapping her and bring her to the cabin and making her have these memories to hopefully jog her memory of the very beginning of where it all started.

Days of Our Lives spoilers say that after that plan doesn’t work, Ciara and Theo then leave Salem. Robert adds, “He thinks it may be the end of the road and that’s it. He’s been battling to try to win her love and now she’s gone and he’s got to try to stand on his own two feet again. Ben is absolutely devastated.”