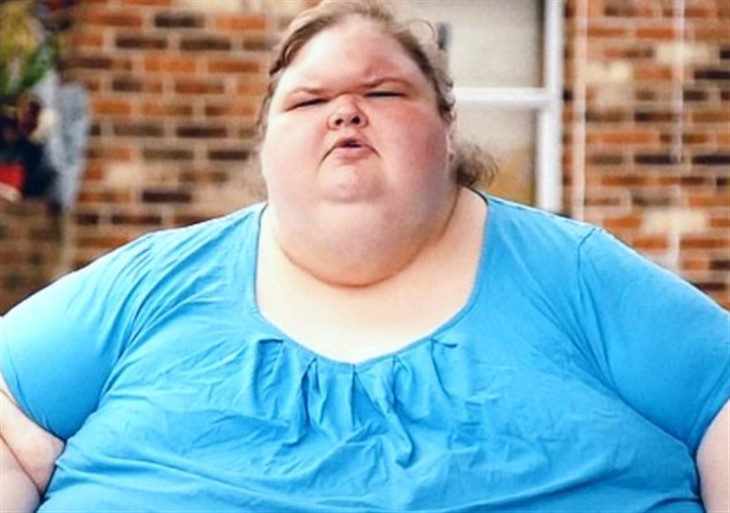 1000-LB Sisters star Tammy Slaton had a scary medical issue and she shared about it on Instagram this week. Fans heard that she got COVID at one stage, and they worried about her as she struggles with breathing. Now, she told her fans that she landed up rushed to the hospital with carbon dioxide poisoning. Is she going to be okay?

Tammy has a lot of fans who love her but they also worry about her. Her ballooning weight issues saw her sister Amy Halterman describe her as “The Titanic.” She seldom tries to help herself with her life-saving weight loss attempt. Actually, she often blames her sister for all of the weight that she has gained. Instead of losing weight, she actually gained weight and always seems to find a way to blame her sister for it. Obviously, blaming and naming and shaming does not take away her obesity-related health issues.

In the current season of 1000-LB Sisters, fans see that Amy decided to take a tough line with her sister. Tough love is called for if she wants Tammy to live for much longer. When Tammy got COVID-19, many of her fans thought that she would change her attitude about her health. However, she clearly seems to just not care. She knows she needs to lose weight and some fans think she hopes to die. When she got carbon dioxide poisoning, was it a suicide attempt?

On TikTok, Tammy shared about being in the hospital. Lying in her hospital bed, a tube went into her throat. She told her TLC fans that back in August she had a breakdown. Actually, she was so unwell, that she took a break from filming, She also talked about pneumonia and sepsis, and carbon dioxide poisoning. Doctors had to give her a tracheotomy so she could breathe.

1000-LB Sisters sister fans rushed off to Reddit to discuss the poisoning. After all, some people kill themselves with Carbon Monoxide. But, that’s different from Carbon Dioxide, which doesn’t kill so often. Still, it causes respiratory stress and shortness of breath. It can lead to loss of consciousness and convulsions. People often get it when they scuba dive, according to emedicinehealth.com.

1000-LB Sisters followers On Reddit summarised that happened. User @ruzanne noted, “Tammy says she had “kind of a mental breakdown” from July to late August. She really lost herself and took a month off from filming the current season in September. She says she filmed again in October and then got carbon dioxide poisoning.” Additionally, the “poisoning led to pneumonia and that [was when]she went septic.”

Well, she needs help to get over the condition and definitely needs to get her weight under control. Apparently, the condition can be caused by sheer obesity, where the lungs can’t get rid of the poisonous gases properly.

Be sure to catch up on everything happening with the TLC cast right now. Come back here often for more 1000-LB Sisters spoilers, news, and updates.