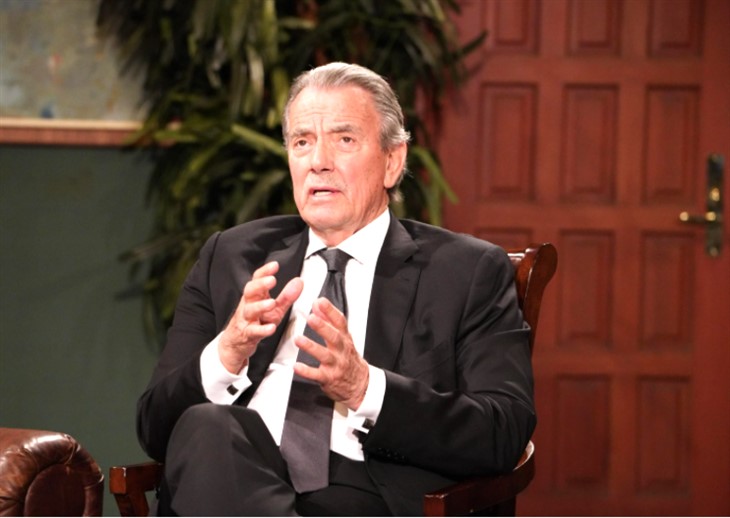 The Young And The Restless Spoilers – Victoria Newman Threatened To Cut Her Father Off, Tried To Enlist Her Brother

Viewers will recall over the last couple of episodes that Victor is indeed alone in his caring what happens to his youngest son! Victoria Newman (Amelia Heinle) threatened to divorce herself from her father and to influence her brother Nick Newman (Joshua Morrow) to join her in it! Victor called her on her plan but it didn’t seem to matter – if Victor continues on his “caring about Adam” path they will disown him.

Even his wife, Nikki Newman (Melody Thomas Scott) has given Victor a strict talking to about running off their children together if he didn’t abandon Adam! Victor told both Victoria, who struggled with PTSD herself after an abusive marriage to JT Hellstrom (Thad Luckinbill) and Nikki that Adam was hurting – and possibly mentally ill – and he was going to see it through and not abandon his son.

At Society, he tells Nikki over coffee that he blames their family for abandoning Adam and causing many of his emotional problems! Of course, that didn’t sit well with Nikki. Victor told her he was not abandoning Adam and not only that, he knew that Adam needed some help – implying professional help – and he was going to see to it that he got some!

Y&R Spoilers – Might Victor Seek A Judicial Commitment For Adam?

Might Victor seek a judicial commitment for Adam, to force him to get the psychological and psychiatric help he so desperately needs? For an adult child, Victor would have to prove that Adam is a danger to either himself or to others, and Victor has plenty of proof of that! Adam has gone off the rails several times since coming to Genoa City, faking his death at least once and then suffering amnesia another time, being found by Chance Chancellor (Donny Boaz) under the name Spyder!

Of course, the amnesia was probably physically caused since one can easily imagine a traumatic brain injury happening in a car that was going off of a cliff and crashing! This was when Billy Abbott (Jason Thompson) tried to kill him the first time after Adam accidentally hit Delia Abbott (Sophie Pollono) when she ran out into the road trying to catch her dog. Adam didn’t know he hit her, he saw the dog and swerved – he found out later that he must have been the one who hit her since she was found in the bushes at the side of the road where he had remembered swerving.

Other Y&R spoilers say that Victor will seek help from Sharon Newman (Sharon Case) who is a licensed psychologist who knows Adam very, very well. Chances are, Victor will give Adam a reality check in the form of tough love, and with Sharon’s help force him into getting the help he needs by means of a judicial commission to a mental hospital!

The Young and the Restless Comings & Goings: Deadly Alyssa Montalvo Back, Fan…