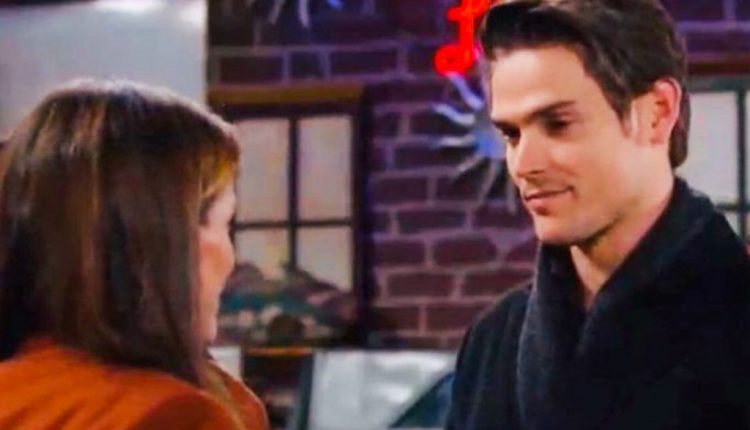 The Young and the Restless spoilers document that Chelsea Lawson (Melissa Claire Egan) and Adam Newman (Mark Grossman) weren’t showing overt signs of reconciling as the old year was ending. But this is daytime and the plot was pushed on, which was right in this instance.

So, on New Year’s Eve, Nick Newman’s (Joshua Morrow) crisis of conscience came to be. Then he composed himself and had a tender conversation on what was also his birthday celebration.

‘Chick’ was over, Nick felt. Chelsea, who earlier in the day gave him a photo of the recent past and a frame where future family memories could be tacked, was shaken and agreed as this couple parted respectfully.

General Hospital Recap Friday January 3: Everyone gathers for the wedding – Jason and Sam are split up

Young And The Restless Spoilers – Family Restored As A Result

As hardcore Y&R fans recall, Nick was driving Chelsea and Connor Newman (as then played by Gunner and Ryder Gadbois) to the cabin in the woods in September 2016. The plan was for the then Chadam family to fly out of Genoa City, Wisconsin, as part of Victor Newman’s (Eric Braeden) plan to shield his son from perceived injustice.

Of course, Newman’s routinely believes that they are above the law. That’s a reason why their personal lives are so messy, as those with whom they quarrel are often pointed to as being fully at fault.

However, Nick deserves credit for seeing the truth and falling on his soapy sword. He blamed no one and wants the best for Chelsea.

The Young and the Restless Spoilers: Nick Is Worried About The Future While Adam Is Finally Feeling Content https://t.co/8sHzNm9Sqn pic.twitter.com/ehx7os6e49

Nick’s tell to Chelsea was revealing. It demonstrated that he understood Chadam’s bond was stronger than the one he had, off and on, during the past half-decade with Egan’s character.

Chelsea was shaken to tears, as Nick’s heartfelt truthfulness forced her to admit reality. She thanked him for, in effect, releasing her. He offered his thanks for what she did for him and Christian Newman (Alex Wilson).

Parting as friends allow the rebooted Chadam to revive in a conflict-free manner, which gives that re-pairing the best possible restart to their relationship.

Young And The Restless Spoilers – Adam Newman Has Changed

Oh, he’s no saint. But all that Adam’s been through from the cabin blast to Victor’s presumed death made an impact.

Grossman has been portraying a version of Adam that is different than the edition Justin Hartley (Adam), Michael Muhney (Adam), or Chris Engen (Adam) portrayed. Yes, there were four Adam references in that last sentence, which also underscores the dexterity of TPTB at Y&R and the potential of the Chadam arc that is just beginning.

While adventures are expected, here’s hoping that Chelsea and Adam are able to help Connor (as now played by Judah Mackey) achieve sustainable recovery and that this love story holds indefinitely. As Nick knows, Chadam is a match.