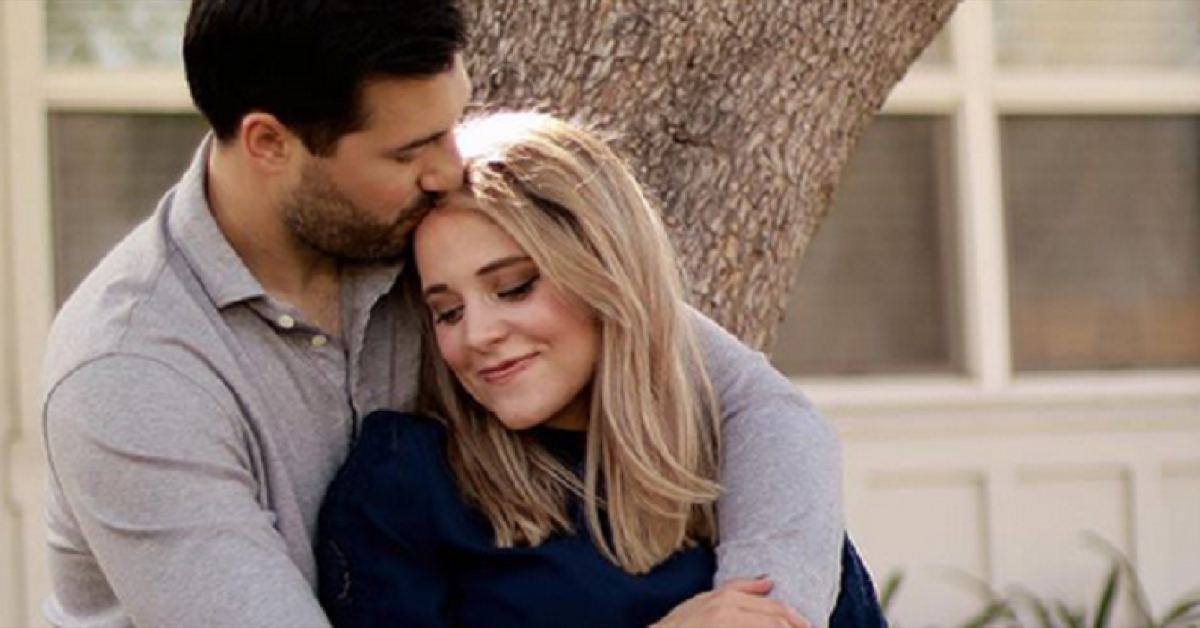 Counting On fans are convinced that Jinger Duggar is pregnant. Jinger Duggar and her husband Jeremy Vuolo have kept fans on their toes. While most of the oldest Duggar kids have more than one kid, Jeremy and Jinger only had one daughter in their three years of marriage. Fans have been looking for the next moment when Jinger could be pregnant, as per Showbiz Cheat Sheet.

They think they can see it in her eyes that she’s pregnant. Jinger and Jeremy love to show off their daughter, Felicity, on Instagram. The couple has an interesting relationship with Instagram.

The two are always posting photos on their respective accounts, and now that they have a daughter, they’re happy to share photos of her. Jeremy and Jinger often post family photos with Felicity. Ever since they moved to California, they want her to see the sights.

In her latest Instagram post, Jinger shared a photo with her husband. She explained how they have been staying home to prevent the spread of the coronavirus. Counting On fans took to Reddit to speculate whether Jinger is pregnant. Some can see it in her eyes since she has bright red circles around them. Others think that Jinger’s baggy sweatshirt may indicate that she is hiding a baby bump.

Counting On Fans Think Jeremy Vuolo And Jinger Duggar Are Trying To Hide Their Religion Since Moving To California https://t.co/zN92Yf91Dw pic.twitter.com/uTzhZuFGoM

Other Fans Suggested That Jinger Probably Doesn’t Want To Be A Mom.

Other fans suggested that Jinger probably doesn’t want to be a mom. Even though she posts adorable photos of her daughter and family, some fans are convinced that she doesn’t want a large family. Counting On fans on Reddit exclaimed that she looks distant and unhappy in most of her Instagram photos. She could be dealing with mental health problems now that she’s a new mom.

Counting On fans ranked the Duggars’ attentiveness to their kids. Jinger was placed at the bottom of the list. However, there are some fans who disagree, and said that she seems to enjoy motherhood. Nothing has been confirmed that Jinger is struggling with motherhood. In addition, the pregnancy rumors are just speculation at the moment.

What are your thoughts? Do you agree Jinger Duggar is pregnant? Sound off below in the comments section.