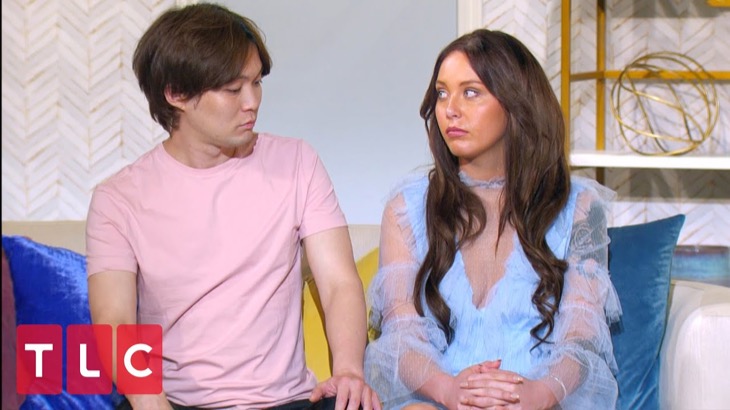 In a shocking twist, it appears that things are suddenly really over between TLC’s “90 Day Fiancé-The Other Way” stars Jihoon Lee and Deavan Clegg as he unfollows her on social media and deletes all her posts!

Fans Were Rooting For The Couple, And Elicia Clegg Had Recently Explained Their Separation

Jihoon and Deavan each had their detractors, but most fans were rooting for the couples’ success, especially after Elicia Clegg’s recent revelation that the couple was only separated by coronavirus/Covid-19 quarantining restrictions, and that’s why Jihoon was still in South Korea and Deavan and the children were still in Utah. But now it seems that Jihoon has given up on Deavan, recently unfollowing her on social media and deleting all of her posts. Jihoon had cryptically posted “I’m done” in his Instagram stories, prior to wiping his account clean, except for an advertisement for offering Cameos.

Well, at least he was trying to make some money! Some fans aren’t surprised, especially after seeing their fights in recent episodes when the translator didn’t translate right and Jihoon walked away from a family meal with Deavan and his parents and their children, and Deavan had said that he tricked her and ruined her life! While some fans wanted Deavan to move on, and felt sorry for Deavan, wanting Jihoon to man up and face his financial family responsibilities, as Deavan did, others felt sorry for Jihoon, opining that he was doing his best and nothing ever seemed to be good enough for Deavan!

Jihoon Gave No Clues Other Than He Was Done, And Deavan Has Deleted His Photos From Her Account Also

Jihoon really has not given any clues other than when he cryptically said he was done, and even that is gone from his account now. Not only has he deleted Deavan, but he’s also deleted all followers and fans. He didn’t even save any photos of Taeyang on his Instagram, while Deavan has photos of Taeyang-of course she’s not going to delete pictures of her baby even if Jihoon almost could seem that he has disowned him and Deavan’s daughter Drascilla, who he seemed to be very attached to in recent episodes of “90 Day Fiancé-The Other Way”.

Of course, the show is filmed several months ahead of time so little Drascilla has had plenty of time to emotionally disassociate from her former father figure, and Taeyang is probably too young to remember him. Taeyang turned one year old about three months ago, per their YouTube Account, “FamilyVanny”.

A week ago, a happy Deavan posted a thank you for 100,000 subscriptions, and so far has not deleted any references to Jihoon from it, although that may take some time. Jihoon just wiped his Instagram account a day or so ago, so the breakup was very sudden and it does appear to be his idea.

Stay tuned to “90 Day Fiancé-The Other Way” on TLC, and keep checking here for all the latest news, updates and gossip about all your fave “90 Day Fiancé” shows and stars!

Young And The Restless News Update: Camryn Grimes Teases What’s Next For Mariah When Y&R Returns