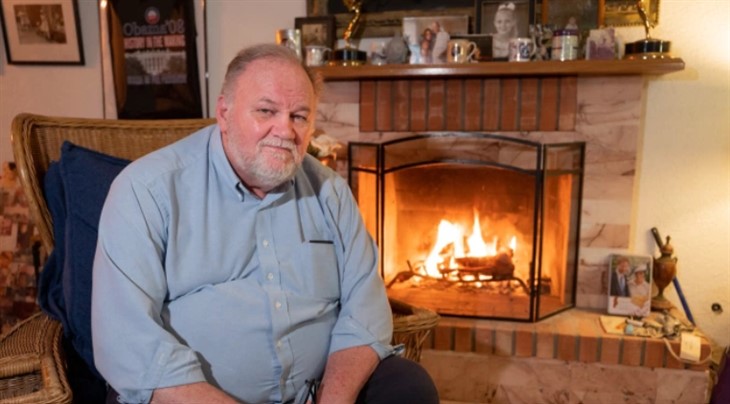 According to reports, Thomas Markle, the father of Meghan Markle, didn’t hear from his daughter on his birthday. Indeed, Meghan Markle’s half-brother has come out with the claim that Meghan didn’t so much as send her father a “Happy Birthday” text with a smiley emoji.

In an interview, Thomas Markle Jr. said, “He just had his 76th birthday – needless to say, he didn’t hear from Meghan.” Those who have been watching all the drama that is Meghan Markle know that she has a strained, practically non-existent relationship with her father.

Of course, many also know that this could be because Meghan Markle resents claims that she is not actually a “self-made” woman. Insiders report that Meghan hates the fact that her entire education was actually funded by Thomas Markle. Indeed, Meghan grew up a privileged child, attending some of the most expensive private, Catholic elementary and high schools. Thomas Markle reportedly paid for the tuition of these schools after winning the lottery. Thomas Markle also paid for much of Meghan’s college tuition as well, claiming in an interview that he still has the receipts to prove it.

Meghan Markle Coldly Cuts Off Those Of “No Further Use”

Some believe that cutting off Thomas Markle from any further relationship is merely a symptom of a larger problem for Meghan. Indeed, Meghan’s former childhood friend Ninaki Priddy has claimed in recent interviews that Meghan is “cold” and “calculating” in how she approaches relationships. This seems to fit in with what Thomas Markle has said about his daughter previously.

Thomas Markle is not in bad company as it appears Meghan Markle also dumped her brother and sister, her former husband, Trevor Engelson, and her two former “best friends” Ninaki Priddy and Jessica Malone.

Now some believe Meghan Markle ought to be tagged with a “buyer beware” sign … and that Prince William may have been dead on target when he told Prince Harry that he really ought to take his time “to get to know this girl.”

While Meghan has evidently turned up her nose at her father’s efforts to get in touch and to repair their relationship, Thomas Markle said that he still loves her, but that he really doesn’t “appreciate what she’s become right now.” Meghan’s brother added in separate interviews concerning his father’s relationship with Meghan, “As far as a reunion goes, he’s given up on Meghan and Harry completely. He doesn’t trust her and doesn’t want to know that person because of the lies, manipulation, and deceit.”

Prince Harry: Desperate To Be Normal, Shops For Himself https://t.co/BqF9YR15NU pic.twitter.com/xHkTp8Idhi

In her defense, co-authors Omid Scobie and Carolyn Durand suggest that Thomas Markle’s claims about Meghan are a bit on the side of hyperbole. According to their book, “Finding Freedom” that hit store shelves on August 4, 2020, Meghan was worried about her father’s health and tried repeatedly to get in touch after he suffered a heart attack.

The Bold And The Beautiful Spoilers: Is Thomas Cured? Matthew Atkinson Talks His Return