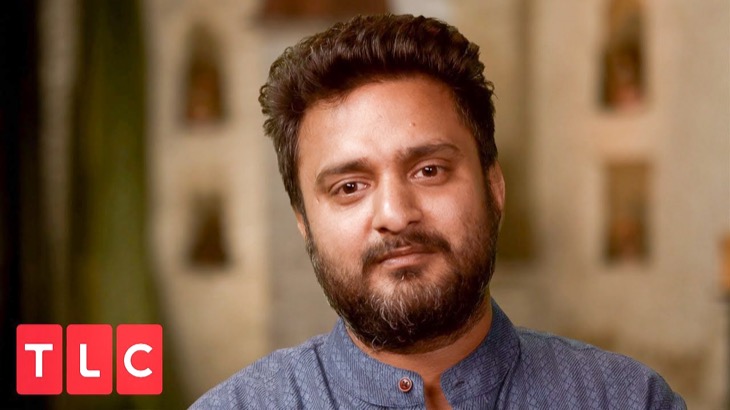 A teaser clip has been released for season 2 of 90 Day Fiancè: The Other Way, in which Sumit is supposed to be divorcing his Indian wife, but is he lying to Jenny again?

It was recently revealed that season 2 of 90 Day Fiancè: The Other Way will start airing on Monday, June 8. A teaser trailer for that episode has been released on Instagram. The sneak peek leads to fans wondering if Sumit, 32, is lying to Jenny, 61, all over again. Or maybe, just maybe, he is divorcing his wife in India?

90 Day Fiancè: The Other Way: Sumit and Jenny

Fans who enjoyed season 1 of The Other Way will remember Jenny and Sumit. In the first season fans of the TLC reality show watched as Jenny was left heartbroken by Sumit.

After falling for Sumit, Jenny quit her job in Palm Springs, California, sold everything she owned and moved to India. Instead of the happy life she was expecting, she arrives to find Sumit’s family knows nothing about her. Jenny also discovers Sumit is already secretly married to a woman in India.

Naturally, this bombshell devastated Jenny. Sumit promised to divorce his wife, but up until now, Jenny still has no idea if he is keeping his promise to her.

What has been happening with Jenny?

Since fans last saw her, Jenny has been living with her daughter. Those with the TLC App were lucky to watch a preview. In it, Jenny appears to have no job and no stability in her life. She spends her time babysitting her grandchildren and couch surfing. Jenny’s other daughter, Tina tells the cameras she and her sister support their mother. However, for what it’s worth, they also support her relationship with Sumit. That said, they also don’t want Sumit to hurt their mother again.

Jenny and Sumit are seen chatting in a video call. Both seem to be in love. Jenny tells Sumit she has had a rough time since she found out he lied to her. Sumit tries to reassure Jenny, telling her he has now learned his lesson. He tells her he won’t lie to her again. When asked about the divorce from his Indian wife, Sumit assures her they have agreed to get divorced and have made a payment towards it.

Is the truth too much to ask for? Reunite with Jenny and Sumit on the new season of #90DayFiance: The Other Way, premiering Monday, June 8 at 9/8c.

Jenny wonders if Sumit has told his parents she was coming back to India. She doesn’t want to be kept a secret from them again. Sumit assures her calmly that he has spoken to his parents. The American woman wasn’t born yesterday, so she insists he bring his parents to the computer so she can talk with them. Sumit sits there, shocked, having trouble speaking, as obviously he has lied, again.

As far as anyone knows so far, Sumit then tells Jenny it could take a couple of minutes and gets up from his chair.

In the sneak peek clip included below, Jenny can be heard saying she is going back to India and she knows what she is getting herself into. She says it was heartbreaking to find out Sumit was married and had been lying to her. However, she still loves him. Jenny says all she needs is for Sumit to file papers for divorce, then she can go back to India.

She speaks to Sumit, telling him these times she needs to know they are going to get married, saying, “Nothing but the truth from you.”

Catch up with Jenny and Sumit’s story and all the other stars on 90 Day Fiancé: The Other Way, airing Monday, June 8 at 9 pm ET/PT on TLC.

TLC ’90 Day Fiance’ Spoilers: Ariela Weinberg Had A Panic Attack When She…