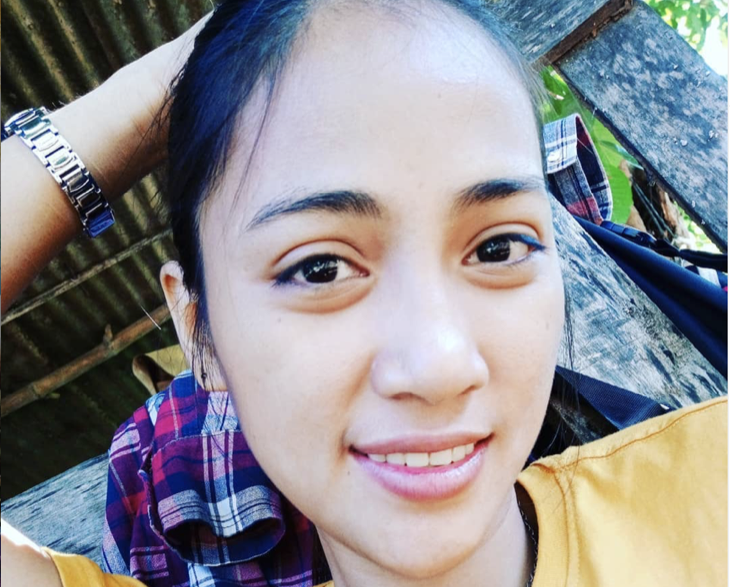 90 Day Fiancé star Rosemarie Vega has had a tough time with Big Ed on the TLC reality show. It turns out she is now living her life to the full, despite being in quarantine with her family in the Philippines. To prove she is not missing Big Ed at all, Rose posted images of herself having fun and posing like a model in the family pool.

While Rose Vega is living under the coronavirus lockdown with her family in the Philippines, she looks like she is having plenty of fun. Rose took to Instagram on Monday to post two sexy images. In the first, Rose can be seen posing like a model in a pool. She is holding back her wet hair, while wearing a black t-shirt, tied in a knot above her belly button.

Rose captioned the image to say, “Your beauty is define [sic] by you and not by others.” She continued by saying life is too short not to appreciate “the beauty of your surroundings.” A second image of Rose, taken from the side this time, bears the same caption.

Life is too short to never appreciate the beauty of your surroundings.😊❤💕 #Rose #Queen

90 Day Fiancé stars Rose and Big Ed are both single

The Blast reports the couple is now officially single following their truly nasty split. Their relationship shocked viewers right from the start and through to the finale episode of the current season on May 31.

Among the many shocks on this season 90 Day Fiancé was the fact that Big Ed constantly lied to her. For instance, while they were chatting online, he never told Rose how short he is. When the single mom-of-one said she wanted more children, Ed neglected to tell her he doesn’t want any. Of course, the fact he is old enough to be her father didn’t help.

Fans blasted Big Ed for his treatment of Rose, which included the time he asked her to take an STD test, without committing to one himself. He also told the Filipina beauty to shave her legs and at one stage gave her a toothbrush, toothpaste and mouthwash, claiming her breath wasn’t “pretty.”

Among the many incidents that caused Rose to break off with Big Ed was the time he told her he is planning to have a vasectomy, despite the fact he knows she wants more children. Rose regularly clapped back at Ed for his confessionals and the way he spoke about her family. She also regularly hit Instagram to tell her fans not to believe Ed because he lies so much.

Rosemarie Vega has since shown herself to be a woman who knows her own mind and what she wants in life. 90 Day Fiancé fans will no doubt agree Rose and her young son deserves much more than she was getting from Big Ed.

The finale episode of this season of 90 Day Fiancé Before the 90 Days aired on Sunday, May 31 at 8 pm EST on TLC.