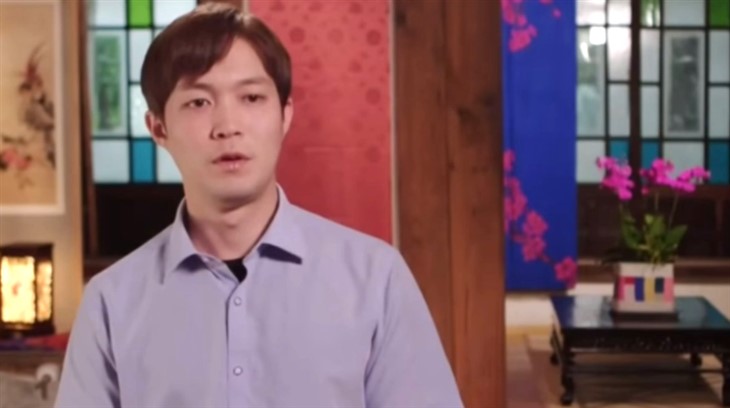 TLC’s “90 Day Fiancé-The Other Way” stars Jihoon Lee and Deavan Clegg have had a rough on and off relationship most of the time that they have been together, and in reality, the two have been separated more often than they’ve been together. Now, in an Instagram live video, Jihoon says that Deavan has a new boyfriend – and he, also, is Korean!

Viewers who follow Jihoon will have noticed that he’s taken down and reinstated his Instagram account several times; this may be in part due to some nasty social media trolls, including one that wrote he was a terrible father and should kill himself! In another recent post, he worried about Deavan, her mother, and Drascilla because he had heard they had received death threats and begged for prayers for their safety.

TLC ’90 Day Fiance – The Other Way’: Jihoon Begs For Peace As He Worries About Deavan, The Kids, And Even Elicia!

He clearly cares and takes concern for Deavan, Elicia, Drascilla and of course Taeyang, now a toddler and his son with Deavan. The show, of course, is taped several months ahead of airdate and Jihoon and Deavan both have received flak from fans who follow them on social media over various and sundry things, some upset with Jihoon over his lack of responsibility, some others upset with Deavan for being upset with Jihoon over said lack of responsibility!

Although their marriage has not been shown on “90 Day Fiancé-The Other Way” apparently the two married in Las Vegas in September 2019. According to TLC, the wedding will be shown next season. Then the two were separated by coronavirus after Deavan and the kids went back to Utah for a visit, with Jihoon still in Seoul, South Korea, which has also been mentioned from time to time on each of their social media accounts.

TLC 90 Day Fiance – Divorce Lies Ahead For Deavan And Jihoon

Divorce undoubtedly lies ahead for Deavan and Jihoon, with them not being able to sustain their marriage long-distance, although Deavan’s new boyfriend, who Jihoon confirms in the Instagram live video, is likely a factor. He says the new boyfriend is also Korean, but that he and the children have not been introduced yet.

It is quite possible that when Jihoon took down his social media accounts recently it could be because he found out about the boyfriend and he didn’t want to be reminded of Deavan, in addition to the troll problems previously mentioned. Other sources say that the boyfriend is in California, and the two fly back and forth to meet one another.

TLC ’90 Day Fiance – The Other Way’: Jihoon Begs For Peace As He Worries About Deavan, The Kids, And Even Elicia! https://t.co/Wtdy2iEqGm pic.twitter.com/WMSarrzbrC

It is uncertain if he even knows about Drascilla and Taeyang. Viewers who follow Deavan on Instagram can see that many of her posts lately have emanated from California. Jihoon does not appear to hold any ill will against Deavan, and wishes her and her new love well, although nothing has been publicly verified by either as far as any divorce proceedings or custody arrangements concerning Taeyang. It is also uncertain that if a divorce is filed, whether it will be in the United States or in South Korea; divorcing someone in a foreign country is undoubtedly complicated!

Stay tuned to “90 Day Fiancé-The Other Way” on TLC, and keep checking back here frequently for all the latest news, updates and gossip on all your fave “90 Day Fiancé” shows and stars!

The Bold And The Beautiful Spoilers and Rumors: Liam Sues For Custody Of Kelly, But Causes Problems For Him And Hope