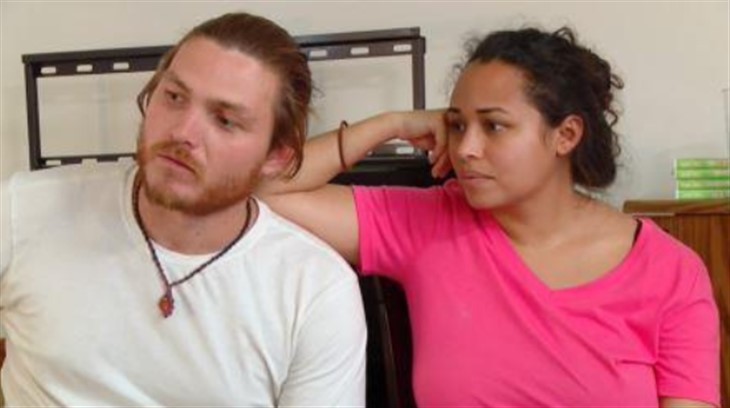 TLC “90 Day Fiancé-Happily Ever After” stars Syngin and Tania Maduro Colchester are about as opposite as any couple could be; she wants kids, he does not, he loves freedom, she loves structure. The question is, even though opposites attract, will they clash in too many important ways?

In a sneak peek of the upcoming episode, “Public Displays of Contention”, the elder Colchester family decides to have a “braii” which is South African lingo for what Americans would call a barbecue or a cookout. Tania, Syngin, his father, his mother Charmain, his sister Charys, and his brother Dylan are all at the family home in the backyard sitting around a well-set table which is laid out with the foods of the “braii” that they have prepared.

TLC ’90 Day Fiance – The Other Way’: Jihoon Begs For Peace As He Worries About Deavan, The Kids, And Even Elicia!

They talk about various things, but the main conversation turns to Syngin and Tania and how they are doing with their relationship and their plans for the future – which, as Syngin does most of the talking, are revealed to be more and more widely disparate. Syngin talks about freedom, and not being sure he likes living in the United States, feeling that to live life the way he wants to and to be free to, he should be in South Africa instead of the United States!

Tania looks more and more disturbed as he continues to talk about how much happier he is in Capetown as opposed to Colchester, Connecticut where Tania hails from and where they live. The fact that his last name is the same as the town in Connecticut apparently either is a huge coincidence or perhaps it is not his real last name and he goes by it for his television name. Tania finally gets a word in edgewise, as Syngin has been monopolizing the conversation and asks about is this where he wants to raise their children!

90 Day Fiance Updates – Children? They Never Talked About Having Children!

Syngin is thrown for a loop by that remark – he says “what kids? We never talked about kids!” The elder Colchester’s, his sister Charys, and brother Dylan look taken aback as well. Then Tania goes on a semi-tirade, and acts much the drama queen as she goes on about Syngin wanting “freedom” and never planning anything out, never set goals, and never looking beyond the moment.

She talks about actions and consequences, and Syngin getting drunk with his buddies, not wanting responsibility, and on and on and on, and works herself into a bit of a tizzy. Poor Dylan looks like he is hearing something private he shouldn’t be listening to, and Syngin actually gets up and leaves, after Charmain mentions that his wife said “quite a bit”.

TLC ’90 Day Fiance – Happily Ever After’ : Colt Has Been Keeping A Huge Secret From Jess! https://t.co/v9luhfuejs pic.twitter.com/CXgeaThJ0t

Charmain had her concerns that Tania and Syngin had rushed into their marriage, and that they were so different that their differences may drive them apart. Tania is very headstrong, as Syngin had mentioned, and will not likely change herself to adapt to him any more than he cares to change himself to adapt to her! They may indeed have some trouble ahead if neither one of them tries to at least meet in the middle!

Stay tuned to “90 Day Fiancé-Happily Ever After” and check back here frequently for all the latest news, updates and gossip about all your fave “90 Day Fiancé” shows and stars!

The Young And The Restless Spoilers: Victoria Has A Surprising Confession