The Bold And The Beautiful Spoilers and Rumors: Liam Sues For Custody Of Kelly, But Causes Problems For Him And Hope 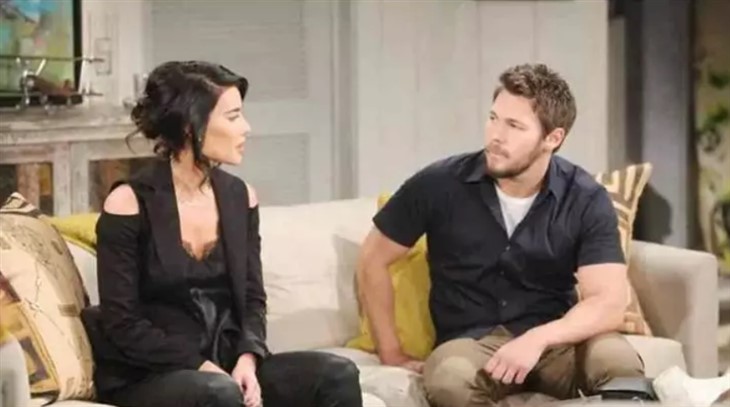 CBS The Bold and the Beautiful rumors indicate that Hope Logan (Annika Noelle) and Liam Spencer (Scott Clifton) will be involved in an upcoming custody battle.

B&B viewers have been watching as the show plots out as an addiction storyline for Steffy Forrester (Jacqueline MacInnes Wood).

The storyline is already causing mixed reactions, and Steffy fans aren’t thrilled with it. The main reason is that they feel this will make Steffy look like a bad mother, leading to Liam suing for custody of Kelly Spencer (Avalon and Colette Gray).

Hope and Liam have been helping Steffy take care of Kelly while she recovers from her injuries. But with Steffy’s painkiller addiction getting out of control, Liam’s going to be concerned about Steffy’s parenting skills.

Fearing that Steffy will put their daughter in danger, Liam will decide it’s best if Kelly lives with him and Hope for a while.

This will lead to a heated custody battle, and odds are Kelly will stay with Liam and Hope for a while.

However, Hope may not be happy with the idea.

Hope loves Liam and wants to support her husband in all his decisions. Of course, she’s worried about Kelly due to Steffy’s addiction, yet having Kelly live with them may cause more stress for the couple.

Hope and Liam already have their hands full raising Beth Spencer (Madeline Valdez) and Douglas Forrester (Henry Joseph Samiri). Adding Kelly to their household is going to cause more issues.

The Bold And The beautiful Spoilers – Kelly Wants Mommy’s Attention

As Steffy mentioned to John “Finn” Finnegan (Tanner Novlan), Kelly’s at a stage where she wants to be with her mother. Steffy said that Kelly wants to be held and wants her mother’s attention.

If Kelly’s ripped away from Steffy, she’s going to have a hard time adjusting to her new surroundings. Hope and Liam will try to help Kelly, but with them so focused on her, they may end up neglecting Beth and Douglas.

Hope prides herself in being a good mother. But with Beth, Douglas, and now Kelly; she’ll have trouble tending to all the kids.

Plus, she and Liam are both working parents. Hope is trying to relaunch her fashion line at Forrester Creations. Between working on designs and taking care of three kids, she’ll be spreading herself too thin.

Of course Liam also works and he’ll try to help Hope when he’s home. However, a part of him will also be concerned about Steffy and checking up on her. With Liam being out of the house a majority of the time, Hope’s going to be left taking care of everything by herself.

With Hope being stressed out, this is going to cause trouble in her and Liam’s marriage.

While Liam thinks he’s doing the right thing for Kelly, this could end up destroying the family he’s created with Hope.

Once again he’ll be left with a decision, either give up custody of Kelly or risk losing Hope.