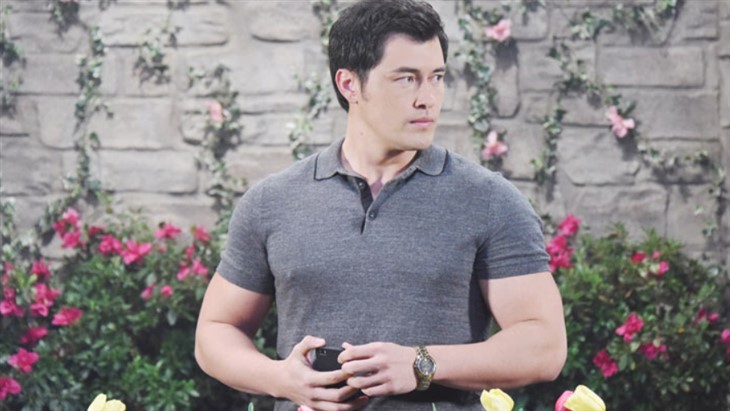 NBC Days of Our Lives alum Christopher Sean (Paul Narita) has a brand new gig that he’s pretty excited about. He will be playing Nightwing in the new Batman video game, Gotham Nights. Keep reading to find out more about the upcoming release and find out what else the actor has been working on.

Batman is dead, which means that it’s now up to the hero’s family to save the citizens of Gotham. This includes Nightwing, Batgirl, Red Hood, and Robin. In the new video game, the goal is to evolve into the new Dark Knight and save Gotham from chaos. Titled “Gotham Knights,” Sean will be playing the role of Nightwing, according to Soap Opera News.

Gotham Knights is scheduled to be released in 2021. When it launches, it will be available on PC, PS4, PS5, Xbox One and Xbox Series X. In addition to Sean, other voice actors include America Young as Batgirl, Stephen Oyoung as Red Hood, Sloan Mogan Siegel as Robin and Gildart Jackson as Alfred.

Gotham Knights is not the only video game gig under Sean’s belt. He also was part of Blue Jacket & Red Coat, Ghost of Tsushima, Epic Seven and Fallout 76. His acting credits in TV and movie roles include Hollywood Heights, The Lizzie Bennet Diaries, The Mindy Project, Progress: Ask A Cam Harlot, CineDopes, Hawaii Five-0, The Bay and Home Is Where The Killer Is.

Days Of Our Lives Spoilers –  About Paul Narita

Sean began playing the role of Paul Narita on DOOL in 2014. He became part of the love triangle between Sonny Kiriakis (Freddie Smith) and Will Horton (Chandler Massey). He also turned out to be John Black’s (Drake Hogestyn) biological son. Although “Wilson” fans weren’t exactly thrilled about Sonny being with someone else, Paul and Sonny ended up having their own fans as time went on. However, they wouldn’t make it and “Wilson” would end up back together again. In 2018, Sean last appeared on the NBC soap opera.

What do you think of so many soap stars getting involved in the video game genre? Are you a fan of Christopher Sean’s work? Are you looking forward to the release of Gotham Knights? We will keep you posted with new developments and updates as they become available.

‘The Bold And The Beautiful’ Spoilers: Fierce Fallout After Bridge Reunion Collapse – Winner And Losers Emerge

Days Of Our Lives (DOOL) Spoilers Wednesday, May 12: Kristen’s Desperation…