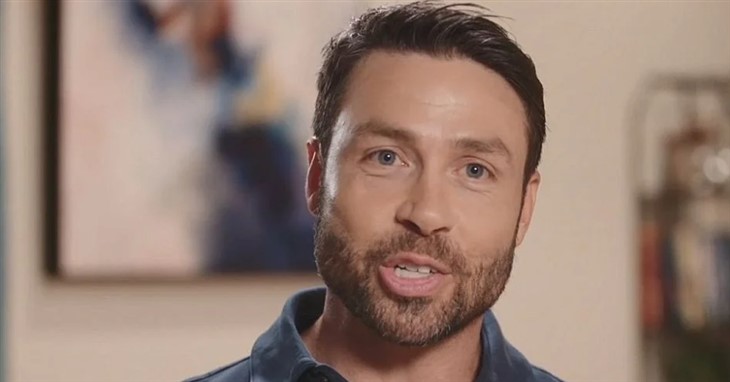 Followers closely watched Geoffrey’s story unfold on Before the 90 Days. Back in January, news broke that Geoffrey has an extensive criminal past. Ever since then, fans called TLC to remove him from the show. The network sort of listened and removed him from the 90 Day Fiance: Before the 90 Days “Tell-All” and B90 Strikes Back episodes.

Geoffrey was cast as the villain and he seems to enjoy this role. Fans decided they didn’t like him, especially after the way he treated Varya Malin and Mary Wallace. Since the season ended, Geoffrey hasn’t shied away from the spotlight. He often makes appearances on The Domenick Nati Show and he hosts Instagram Live chats.

Over the weekend, Domenick Nati and Geoffrey Paschel played Strip Question Box, which no one asked for. The goal of the game is to remove an article of clothing. The interview took place on Saturday, June 27 during one of Domenick’s Instagram Live sessions. The session is recorded and can be viewed here for your pleasure.

Over the past two hours, he answered various answers that were explicit in nature. He was asked how many sexual partners he had. 90 Day Fiance fans found out that he slept with over 500 women. But there were some who didn’t believe him.

Geoffrey said that by age 18 he already slept with over 100 women. By the end of the game, he stripped down to nothing and showed his backside to the camera.

However, the half-hour game was too much for some fans. They felt that the 90 Day Fiance was trying to stay relevant. Very even made an appearance but the game already ended by then. Based on the way he behaved, fans think he’s single and isn’t dating Varya or Mary. There’s no doubt that Geoffrey is already onto the next one.

Stay tuned to 90 Day Fiance: Before the 90 Days and check back here frequently for all the news on your 90 Day Fiance faves and spinoffs!