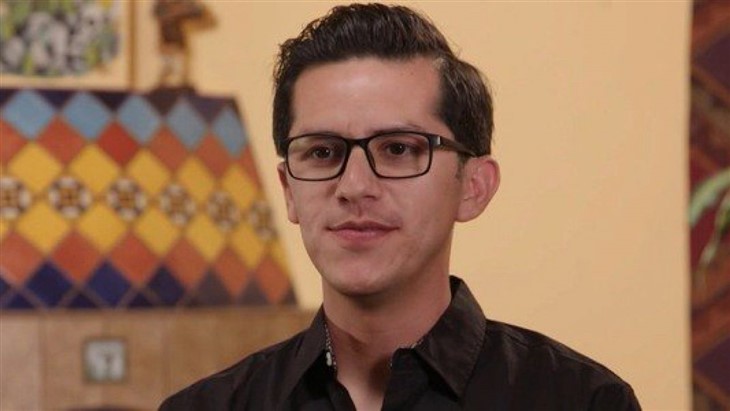 TLC’s “90 Day Fiancé-The Other Way” star Armando Rubio’s daughter Hannah is in a bilingual school learning both English and Spanish according to a recent Instagram post.

In the Instagram post, which was reposted by the “90 Day Fiancé Now” Instagram account, there is a photo of Armando and Hannah looking at books in a store somewhere with an offer to answer fans’ questions and someone wanted to know if Hannah was going to a bilingual school as well, obviously in response to something posted or said earlier.

Armando’s response was that she is already in a bilingual school and just started this year. Since Hannah will be in a bilingual family, with one of her daddies, Kenneth Niedermeier, and his family back in St. Petersburg, Florida all being English-speaking, even though Kenny and Armando have planned to live in Mexico with Hannah in a larger city where there are more job opportunities, being able to speak both languages is very important.

Even in the United States, bilingual ability in both English and Spanish is now a requirement at many jobs, especially those dealing with customers on the phone. There are many Spanish speaking people of all varieties from Mexico, Puerto Rico, and Cuba, as well as Central and South American countries, although some of them speak Portuguese which although similar to Spanish, has distinct differences.

Hannah has already met Kenny and his Florida family, as evidenced by several shots of Hannah with Kenny and his son and a couple of his daughters in Armando’s Instagram photo album, although it doesn’t look like there are any with Kenny’s grandson Cooper in either Armando’s or Kenny’s Instagram account. Cooper and Hannah are not that far apart in age, so that is kind of a shame, although they may have met off-camera, so to speak.

There are many Cubans and Central Americans living in Florida, as well as Puerto Ricans and quite a few people from the Dominican Republic as well, who also speak Spanish so there is a good chance that Kenny’s family knows some Spanish, and obviously Kenny must as well as Armando being bilingual so the blended family should be able to communicate just fine.

Even most Canadians are bilingual in French, since a great deal of the western parts of Canada is French-speaking, and in the European countries it is the norm for citizens to be fluent in several different languages, which is especially important since Europeans are constantly in contact with people from many different European countries and they frequently travel across borders. This will be one “90 Day Fiancé” couple that won’t need translators!

Stay tuned to “90 Day Fiancé-The Other Way” on TLC, and check back with us here for all the latest news on all of your fave “90 Day Fiancé” shows and stars!

TLC ’90 Day Fiance – Happily Ever After’ Spoilers: Andrei Wants The…

TLC ’90 Day Fiance – The Other Way’ Spoilers: Deavan Reveals She…