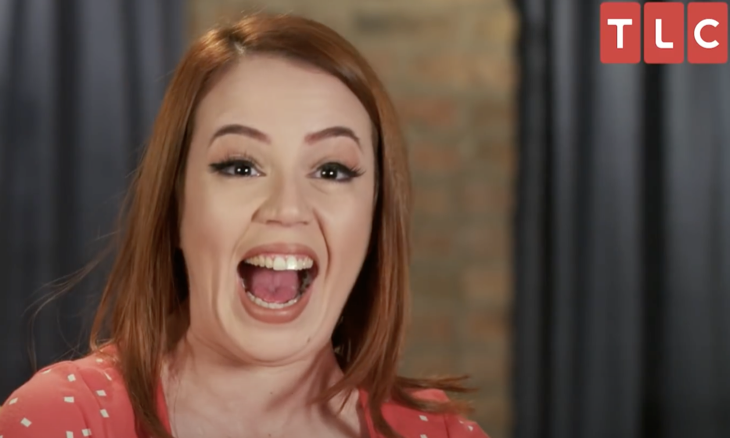 TLC 90 Day Fiance – Happily Ever After fans, all have strong opinions about Colt Johnson and his mother, Debbie Johnson. Some feel that the reality stars mom is way too involved in his romantic relationships. However, others feel that she is just protecting her son. Well, we have seen Colt’s new girlfriend, Jess Caroline on the show. Now, she posted on Instagram that Debbie is “the devil.”

Colt Johnson’s Relationship with His Mom

Colt is back on 90 Day Fiance and this time, he appears in the spin-off, Happily Ever After season 5. As fans know, he is no longer married to Larissa dos Santos Lima. However, she is still part of the franchise. In fact, she issued a warning to Colt’s new girlfriend despite moving on with Eric Nichols.

What we have seen during Colt’s appearances in the franchise is that he is extremely (and excruciatingly) close with his mother. Even though he is a grown man, he can’t seem to make a simple decision without his mother’s interference. This is partly what led to his marriage with Larissa imploding.

90 Day Fiance fans know that Larissa moved on with a man named Eric Nichols. Just like with Colt, that relationship is a rollercoaster. The two are constantly breaking up and getting back together. Even though Larissa claims to have moved on from Colt, she felt it was necessary to contact his new girlfriend and “warn” her. 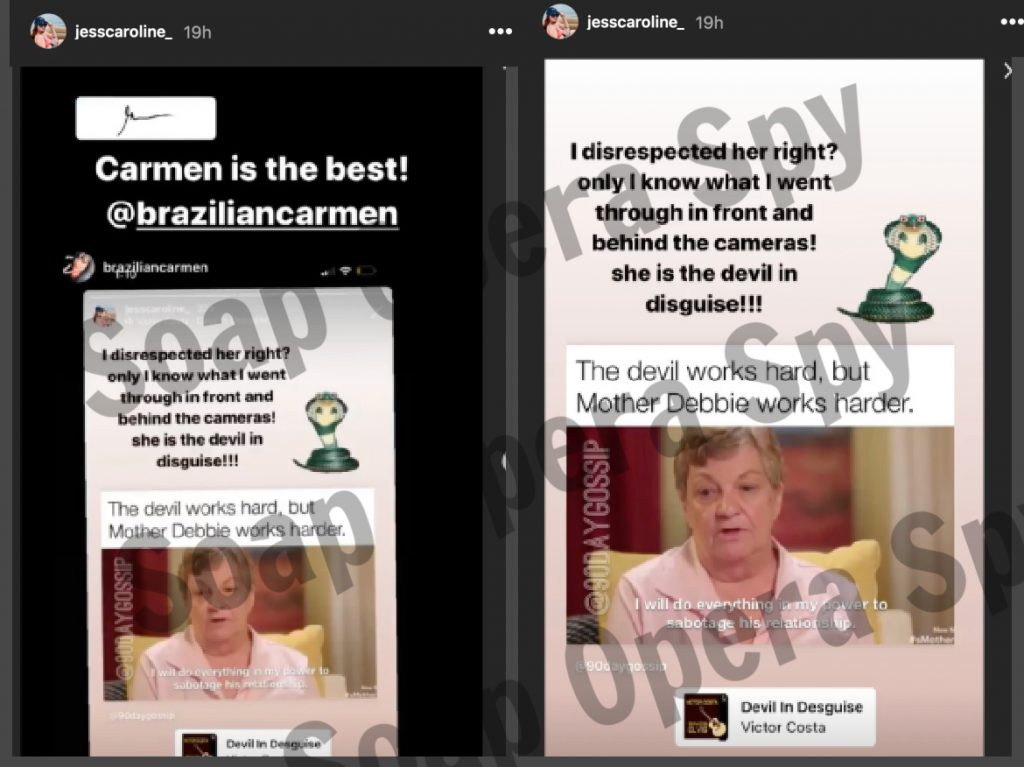 During the last episode of the TLC reality show, Colt and Debbie arrived in Brazil. They went to have dinner with Jess’ family and things didn’t go so well. The minute that Jess’ father asked Colt some questions about his intentions for his daughter, things took a tense turn.

Debbie started butting in, as usual, then wanted to speak. However, Jess put her hand up, interrupted Debbie, and wouldn’t let her get a word in edgewise. While some cheered on Jess for standing up to Debbie, others felt she was disrespecting her elders.

In Jess’ Instagram Story, she implied that fans haven’t seen all the dirty deeds that Debbie has done that were not shown on the episode. She also suggested that there is a lot viewers don’t understand because it happened behind the camera, instead of in front of it. Then, she called Debbie the devil in disguise. She wrote,

“I disrespected her, right? Only I know what I went through in front and behind the cameras! She is the devil in disguise!”

Attached to the Instagram story was a picture of Debbie in a meme that reads, “The devil works hard, but Debbie works harder.”

Then, there is a caption below Debbie’s image. That reads, “I will do everything in my power to sabotage his relationship.”

Be sure to catch up on everything happening with Colt Johnson right now. Come back here often for 90 Day Fiance spoilers, news, and updates.

’90 Day Fiance – Happily Ever After’ : The Potthasts Gang Up On…