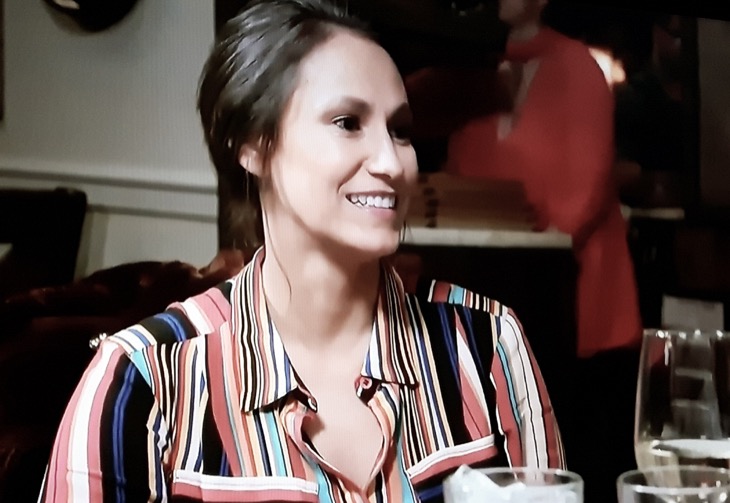 TLC 90 day fiance spoilers and updates reveal, it seemed like moments after leaving Varya that 90 Day Fiancé star Geoffrey became involved with Mary, who fans believe is his ‘second choice.’

After proposing to Varya and being turned down, 90 Day Fiancé star Geoffrey returned to the US. It wasn’t that Varya didn’t love him. She just didn’t want to be rushed into such an important decision. Geoffrey headed back to Knoxville, Tennessee, where fans discover he is now with Mary Wallace, a former girlfriend. The timing seemed almost instant to fans, but Mary has shut down claims she is Geoffrey’s “second choice,” explaining her and Geoffrey’s relationship has actually been several years in the making.

When Geoffrey left Varya and headed home to the US, fans were shocked to discover he is now with his former girlfriend, Mary Wallace. This seems to have happened just days after he left Varya in Russia.

Geoffrey had proposed marriage to Varya, saying they must wed or he would leave her. Varya didn’t want to be rushed and wouldn’t accept what she called his “ultimatum.” She had merely wanted to have some time to think about the proposal.

After Geoffrey left, Varya regretted his leaving and sent him several text messages, asking him for a second chance. However, Geoffrey didn’t respond, so she made up her mind to fly to America to be with him at his home.

While Varya was hoping to surprise Geoffrey, this turned into a shock for her. As she arrives at his house, she finds he is now with Mary. Fans now think Geoffrey had lost confidence after his Russian girlfriend had turned down his proposal. They believe he has moved on too quickly to a relationship with Mary and that she is merely a “second choice” for him.

Mary is no “second choice” for 90 Day Fiancé star

After the 90 Day Fiancé episode of May 17, fans speculated Mary is Geoffrey’s “second choice.” Mary was quick to shut down this speculation. In an interview with In Touch, she directly addresses the haters. She says she and Geoffrey have known each other for around 10 years. She says they have been part of each other’s lives all that time, adding she is a “constant” in Geoffrey’s life.

The reality stars’ new/old female friend says from the time Geoffrey returned to the US until they got together was actually three months in the making. Over a period of three months, they had a number of conversations, laughs, and dinners and talked about getting back together. Eventually, Mary and Geoffrey felt it was the right time to be together.

On Geoffrey’s part, he spoke about his relationship with his longtime friend on the May 17 episode. Geoffrey said Mary is a “very special person” to him. He said she knows him really well. Previous relationships hadn’t worked out for them, as Geoffrey said they were not on the same page at that time, but now he truly believes things could be different for them as a couple.

The TLC reality star did admit to being torn between Varya and Mary. However, he now believes he did not need to travel to Russia to find love. It was waiting for Geoffrey at home the whole time. As for Mary, she is planning to follow her heart.

Find out what happens next on 90 Day Fiancé: Before the 90 Days on Sunday at 8 pm ET/PT on TLC.