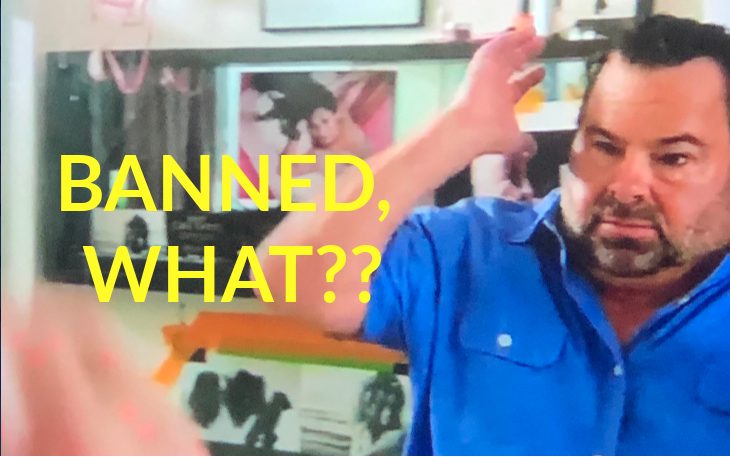 TLC is launching a new spin-off, 90 Day Fiancé: Strikes Back, to allow cast members to ‘strike back’ at their haters on the reality TV shows.

The latest season of 90 Day Fiancé: Before the 90 Days has ended and the TLC spinoff, The Other Way is about to begin. This doesn’t stop TLC from planning to launch yet another spinoff of the popular reality show. Many controversial characters on the show have attacked by fans on social media. 90 Day Fiancé: Strikes Back literally allows these cast members to “strike back” at their haters.

However, there is one star you would expect to see on the show, and for some reason, his name is noticeably absent from the cast. This is, of course, Big Ed of the broken relationship with Rosemarie Vega fame.

Who is starring on 90 Day Fiancé: Strikes Back?

Among the controversial but popular cast members of 90 Day Fiancé: Strikes Back, Lisa Hamme (Usman) and Tom Brooks (Darcey) are confirmed. Talking Lisa, Usman may also be participating on a remote basis from Nigeria. Other popular stars include David Murphey (Lana) and Stephanie Matto (Erika). There is a possibility that Erika Owen will also participate. With Geoffrey Paschel banned from the Tell-All, obviously he won’t be involved.

However, there is no mention of the most controversial and “popular” star to date, namely Big Ed Brown. This seems strange and has led fans to believe he may have been banned by TLC.

Who is Big Ed Brown?

For those not already in the know, Ed Brown, 54, is a photographer from San Diego, California. His self-proclaimed nickname is Big Ed. This doesn’t refer to his stature, however (he is 4’ 11” tall) as he chose the moniker because of his “large personality.”

In the latest season of 90 Day Fiancé: Before the 90 Days, Big Ed traveled to the Philippines to be with his hopeful fiancé, Rosemarie Vega, 23. Their journey during the season has been marked by lying and shock. Firstly, Ed didn’t tell Rose how short he is. However, and most important, he knew before arriving in the Philippines, that Rose wanted to have more children, as company for her four-year-old son, Prince. They finally broke up when Big Ed told Rose he wanted to have a vasectomy, which he had been planning all along.

Big Ed gone stir the pot at the tell all, and I will be in the front row. #90DayFiance #PillowTalk pic.twitter.com/YBDi2A4TG3

Why would the 90 Day Fiancé star be banned by TLC?

The age difference bothered many fans, as Big Ed’s daughter is around the same age of Rose. However, there is also the fact that a woman has come forward, accusing Ed of grooming her. She said he then sexually assaulted her, leaving her hospitalized and suffering lasting health problems.

Big Ed had virtually cut ties with his daughter, Tiffany, who was shocked at his relationship with Rose. While they did reunite at the end of the season, this aspect is worrying. It is possible Tiffany feared Ed would do the same to his Filipina girlfriend. While all the confrontations and shocks made for great TV, many fans feel uncomfortable with Ed. Of course, then there’s the #Metoo movement.

All this controversy is beside the fact that, during the season, Big Ed asked Rose to take an STD test. He also told her to shave her legs and gave her a toothbrush, toothpaste, and mouthwash as her breath “wasn’t pretty.” Not your normal romantic scenario.

Until Strikes Back airs, fans can catch season 2 of 90 Day Fiancé: The Other Way, which premieres Monday, June 8 at 9 pm ET/PT on TLC.

TLC ’90 Day Fiance’ Spoilers: Ariela Weinberg Had A Panic Attack When She…