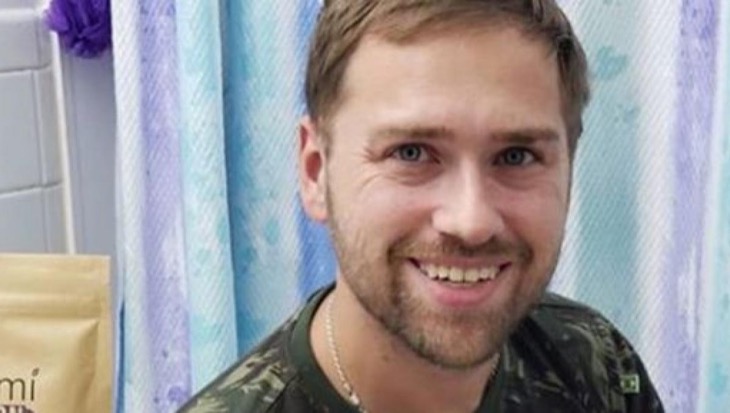 TLC “90 Day Fiancé-Happily Ever After” star Paul Jason Staehle revealed that his problems getting a job stem from a criminal record in his past in a sneak peek of the upcoming episode “Hell Hath No Fury.”

In the scene, Paul meets his mother in a small pet store and asks her to help with buying some food for his two dogs. They had been looking at chew toys, which were quite expensive – some close to $20 just for a chew bone.

As his mother talked to him about his financial situations and asked if he had applied for any jobs recently, he said he had, but told her that his criminal record seemed to be a hindrance – specifically a felony arson. It is understandable someone wouldn’t want to hire someone who might burn down their place of business, but it is a far reach to assume someone is a firebug even with a charge like that.

In earlier seasons, Paul had talked about this and also had made Karine aware, but there are plenty of businesses who will give an ex-con a chance – in fact, many paroles and probation officers help their assignees get jobs by giving them good references, as living in a halfway house preparing to re-enter society, and showing that the ex-con can successfully support him or herself is part of their parole or probation agreements.

However, those with a history of violent offenses can find it difficult to regain trust with the community, even if the offense was many years ago. So has Paul had any jobs since that felony, and how long has it been? More importantly, could anything else be in his record that would give employers pause?

Paul Staehle Has More Than The Arson In His Police Record

It turns out that Paul does have more than the arson conviction in his police record; but the main problem seems to be the felony arson – at least according to Paul. Court records show the arson actually occurred in 2007 and he apparently burned some personal belongings in an effort to defraud an insurer – however, no insurance fraud convictions appear, and it took until 2014, seven whole years, for him to be convicted.

At that time he was employed in the Information Technologies field – in other words, he was an IT guy, the one you call when your computer systems or the server that links up computers in a network malfunction, which usually pays a good salary. He received probation, which shows that even though the arson was deemed a felony, he was not considered to be a danger to himself or others. It didn’t seem to harm his IT career at the time or hinder his becoming part of the “90 Day Fiancé” franchise. However, there was also another charge stemming from a bad breakup in Taylorsville,

TLC '90 Day Fiance – The Other Way' Spoilers: Brittany Hopeful Yazan's Uncle Is The Key To Helping Them #90DayFiancehttps://t.co/5CeqyTC55f

People don’t necessarily have to provide proof of assault to get an order of protection – it works kind of like child abuse charges when the offender is presumed guilty for safety’s sake, rather than being presumed innocent until proven guilty as in any other type of crime.

He did talk about this in an early episode but said he hadn’t explained it to Karine at that time, although he may have since then. Other jobs he has had since being an IT guy have been farm work, managing a storage facility, and training K9s-police dogs.

It doesn’t seem he has been able to hold a job for very long at a time when he has been employed, so could there be something else that he has not revealed? Could he have a bad enough temper that could be an issue with staying employed, and could it even be the real reason his parents won’t let him live with them? Or is it just “tough love”?

Stay tuned to “90 Day Fiancé-Happily Ever After” on TLC and check back here for all the latest news, updates and gossip about all your fave “90 Day Fiancé” shows and stars!