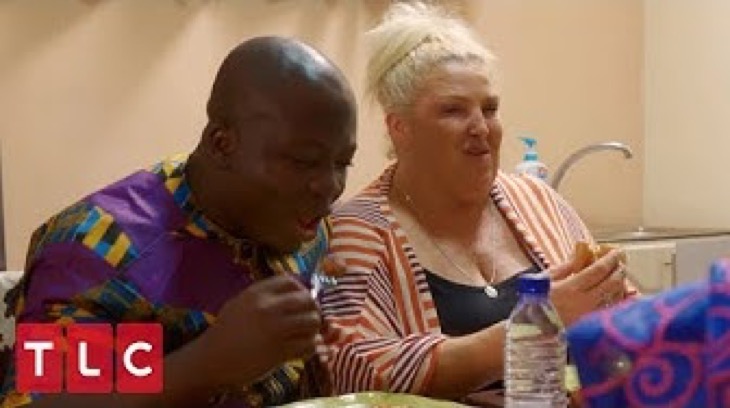 TLC “90 Day Fiancé-Happily Ever After” stars Angela Deem and Michael Ilesanmi have had some major arguments on the show recently, and the big question is, now that it is a few months since these episodes were filmed, are they still together or have they split apart?

No doubt, viewers have noticed that Angela’s temper is explosive, and it doesn’t take very much to set her off! She even canceled their wedding plans in the most recent episode, after she had a major misunderstanding about three expatriates who were women waiting to talk to her about their experiences after Michael told her that they would be meeting a man, named Dawa.

Angela wouldn’t even give him a chance to explain and immediately jumped to the worst-case scenario, that Michael had the nerve to be hanging around with three different women behind her back, and it turned out that Dawa was late and Michael didn’t even know the three women would be there! Eventually, Michael was able to explain, after Angela cooled off, and the two did talk things out.

Angela’s Stress May Have Contributed To Her Short Fuse

Of course, Angela had a lot of things going on in the background while she was in Nigeria; she was worried that her mother would pass away while she was there for one thing, and sadly, she has passed since the show was filmed although it is unclear from Angela’s social media if it happened during this trip or not. Judging from Angela’s post on Instagram where she commented “love you momma” but that God loved her more, and to rest in peace, she likely passed away on February 8, 2020, or near that date.

Whether Angela and Michael or Angela by herself had made it back to Hazlehurst before that is unclear. Angela had hesitated about making the trip to Nigeria to marry Michael, so that she could bring him back to the United States on a spousal visa, because of her mother’s dire health issues at the time; but as viewers saw, momma convinced Angela to go to marry Michael when she modeled her wedding dress for her and the grandkids in a recent episode.

She was still upset when she vented to the TLC production crew that the trip over to Nigeria was to see if Michael really was ready to be her husband, and wasn’t sure if he realized how worried she was about leaving her mother behind in such serious shape health-wise, and at that time she didn’t see the marriage happening. But according to an article in Screen Rant, she and Michael did get married in Nigeria in January, but her mother died only twelve days after their wedding. However, the article still didn’t specify if they made it back to the United States before her mother died.

Stay tuned to “90 Day Fiancé-Happily Ever After” on TLC, and come back here frequently to see all the buzz on all your fave “90 Day Fiancé” shows and stars!