The Bold And The Beautiful Spoilers: Is Thomas Cured? Matthew Atkinson Talks His Return 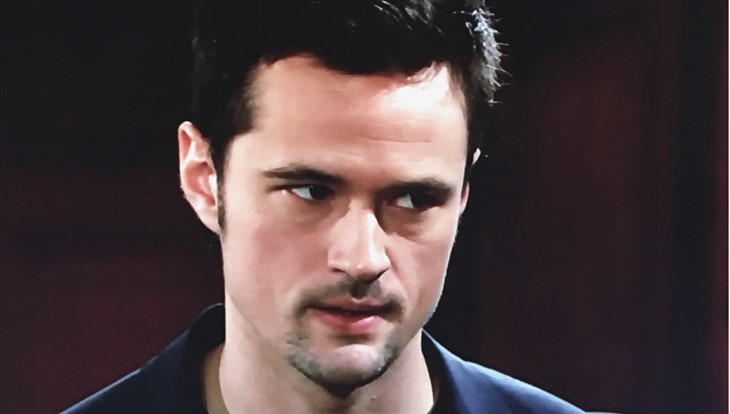 CBS The Bold and the Beautiful spoilers reveal that Thomas Forrester (Matthew Atkinson) comes back from traveling and soul-searching. However, will he be better when the villain pops back to L.A.? Or has it just given him more time to come up with another plan? The actor discussed the character’s return and what fans can expect.

B&B spoilers reveal that Thomas has not been getting help for his obsession with Hope Logan (Annika Noelle). Despite Eric Forrester (John McCook) promising that he would get Thomas help, the villain has instead been traveling. While away from L.A., he has spent the time soul-searching, according to Atkinson’s interview with Soap Opera Digest. The actor explained that he’s been trying to find himself for the past three months.

The Bold and The Beautiful News Update: Don Diamont Has A New Love – Posts Fun Video!

Atkinson told the publication that when Thomas returns to L.A., he will be in a completely different headspace. The way it is discussed, it almost sounds like fans are supposed to believe that Thomas didn’t need professional help at all, just a vacation! Well, we know the impossible can happen in soaps, but we are still wary. Thomas has tricked everyone before, including those closest to him.

The Bold And The Beautiful Spoilers – Steffy Forrester’s Accident

The Bold and the Beautiful spoilers reveal that Thomas comes back to L.A. for his sister, Steffy Forrester (Jacqueline MacInnes Wood). He learns about her accident and injuries. Thomas has a lot of guilt over her accident. Even though he wasn’t even in town when it happened, the villain feels he should’ve been there when Bill Spencer (Don Diamont) hit Steffy.

Atkinson told the magazine that for the past three months, Thomas hasn’t been on the run or vanished into thin air. He has kept in touch with his father, Ridge Forrester (Thorsten Kaye). He has also been checking on Douglas Forrester (Henry Joseph Samiri) by chatting with Hope and Liam Spencer (Scott Clifton). He said,

“When it comes to his father, Thomas has been having conversations with him on the phone. Thomas checked in with Liam and Hope regarding Douglas, so it wasn’t like he was just focused on himself.”

The Bold And The Beautiful Spoilers: Thomas Has Talked To Hope – Here’s The Reason #bb #BoldandBeautifulhttps://t.co/3QnCXEmzaR

However, there is still the question of Thomas’ true intentions and whether he really has stopped obsessing over Hope. He might really be better, but he’s going to have to actually prove it. He’s played the “I’m cured” card too many times before.