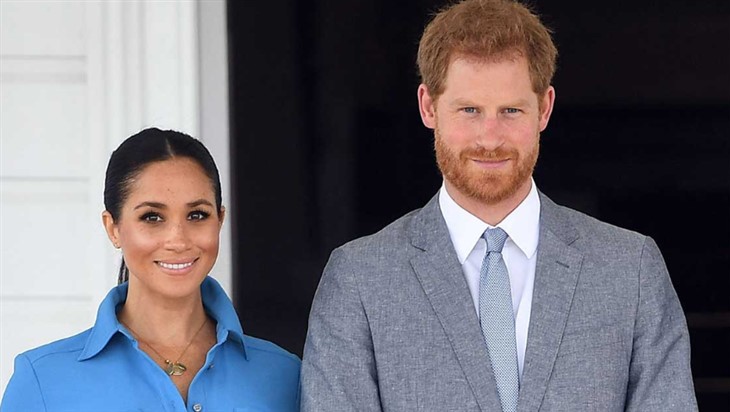 By now, everyone is aware that there’s been some kind of breach in the relationship between Prince Harry, Meghan Markle, and, well, everyone else in the British Royal Family. It was not that long ago that Prince Harry and Meghan Markle chose to step back from their royal duties and indeed, step down entirely as senior members of The Firm.

That hasn’t happened though as Queen Elizabeth and her husband Prince Philip were reportedly furious with Prince Harry and Meghan Markle for apparently trouncing the monarchy and making a mockery of tradition.

Now, it’s a certainty that Prince Harry and Meghan Markle were frustrated with Buckingham Palace and their perception of the Royal “status quo.” Indeed, Meghan Markle has recently lashed out at the monarchy using those very words as innuendo during public speaking engagements. However, it’s the Duke and Duchess of Sussex that has become the target of an anti-monarchy group’s ire.

Graham Smith, the CEO of Republic said that during the midst of Megxit and following their move to America, Prince Harry, and Meghan Markle’s behavior showed they wanted to have their cake and eat it too. “They have said they will dip in and out of royal duties as it suits them but won’t stop taking public money until they find other sources of income.

To suggest that they’re not already financially independent is incredibly crass and belies a sense of self-entitlement and a lack of self-awareness that is common among royals.” (Prince Harry and Meghan Markle are worth more than £30 Million. Yet, they continue to receive up to £2.5 Million in public funds from Prince Charles’s Duchy of Cornwall.)

Meghan Markle's Dad Has 'Given Up Hope' Of Ever Seeing Her Again #MeghanMarklehttps://t.co/f9Cj1dhsvk

While Prince Harry and Meghan Markle have reportedly indicated that they just want to be normal people now that they’re living in Los Angeles and that they wish to be seen as activists for a change instead of as Royals, etc., they’ve recently come under intense criticism for even more hypocritical and unseemly behavior.

It’s obvious that Meghan Markle has behaved in a self-entitled manner, spending more than half a million dollars on clothing alone in 2018 (and then had the audacity to suggest she is a self-made woman when her money came from British taxpayers).

However, some have been reluctant to criticize Prince Harry in the same manner. That ended though when Prince Harry chose to jump on the social justice bandwagon and lecture British citizens as well as citizens of the Commonwealth nations from his very comfy £18 Million house in Los Angeles.

This led British columnist Carol Malone to eviscerate Prince Harry in one of her articles, writing that, “You have to laugh at Prince Harry banging on about white privilege and apologizing for our ‘unconscious racial bias’ from the luxury of his £18million, 24,000 square-foot home in L.A.” Remember, this is a house “loaned” to Prince Harry by a man introduced to him by Oprah Winfrey!

Ms. Malone went on to note that Prince Harry, “lectures us all on white privilege while being one of the most privileged white males on the planet who has been afforded every opportunity in his pampered life thanks to his super-privileged royal status.”