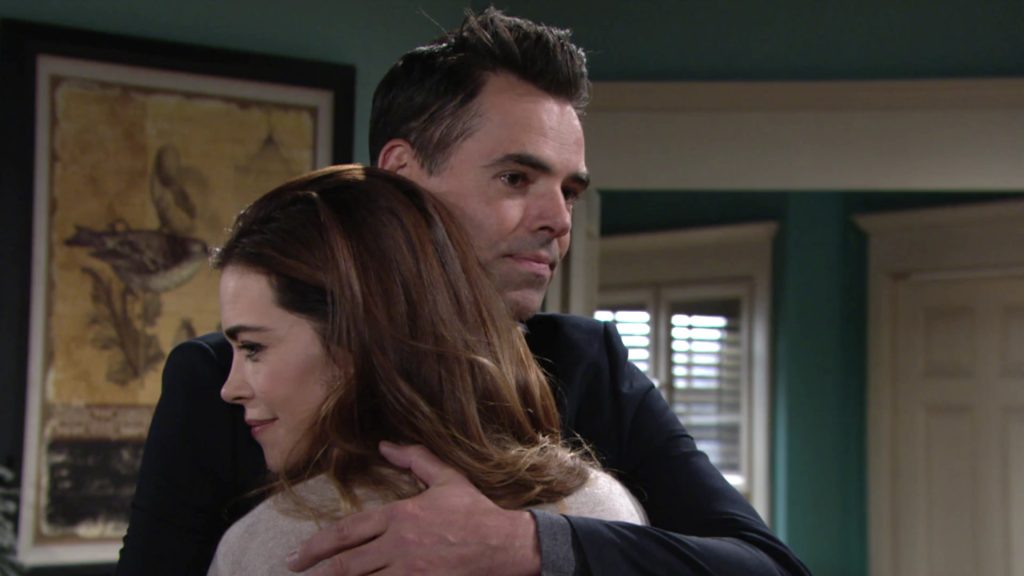 The Young and the Restless promo for the week of January 27th thru 31st indicates that Billy Abbott (Jason Thompson) and Victoria Newman’s (Amelia Heinle) relationship will come to an end.

Y&R Spoilers: Billy’s behavior drives a wedge between them

For the past several months, Y&R fans have watched as Billy’s behavior turned reckless.

He was going to therapy to seek help with his mental issues. It seemed like Billy was making progress, however soon his life changed for the worse.

He quit his job at Jabot and decided to take a freelance consulting job. He also decided he no longer needed therapy and quit going to his sessions.

Billy decided he needed to discover the man he really was. During the day he began hanging out at the dive bar, having drinks and chatting with Amanda Sinclair (Mishel Morgan).

Billy felt a connection with Amanda because she could understand what Billy was going through. She knew how important it was to find yourself and take control of your life.

The two kept meeting in secret until Amanda convinced Billy to tell Victoria what was going on in his life. Billy confessed to Victoria how he was feeling and that he was meeting with Amanda.

Upon hearing his confession, Victoria was furious with Billy for lying to her. She was also upset that Billy confides in a complete stranger rather than his own wife.

The Young and the Restless Spoilers: Victoria begs Billy to get help

Victoria loves Billy, but she can’t keep up with his reckless behavior. She issued Billy an ultimatum, either he seeks help or it was the end for them.

In the promo, the couple is seen having an emotional talk with Billy saying all he did was try to make her happy. Victoria tells Billy that he needs help and she needs him to keep trying. Billy says he can’t keep trying to be something that he’s not.

Billy feels that he has to be a different person when he’s with Victoria. He’s not free to be himself and if she can’t accept him for who he is, then that’s the end for them.

The Young and the Restless: Is it the end for them?

The Young and the Restless Spoilers: Kyle His Own Worst Enemy, Pushing Lola Towards Theo – Can 'Kola' Survive? #yr #youngandrestless https://t.co/NU8Wjzajzy

In a clip from the promo, Billy is seen talking with Amanda. He admits his marriage is over, and no matter how hard they try it’s just not going to work.

Later Billy is leaving Victoria’s house with his suitcase in his hand.

Victoria then has a talk with her mother Nikki Newman (Melody Thomas Scott), where she reveals that Billy has left and is never coming back.

So is this the end of Billy and Victoria for good?

Villy fans are going to be upset that their favorite couple is broken up. But with Billy’s behavior, many fans can’t blame Victoria for losing her patience with him.

Victoria has made an effort to try to help Billy, but he refuses to acknowledge anything’s wrong with him.

Until Billy realizes he has a problem and seeks help, then he and Victoria can’t be together.

Only time will tell if Billy will straighten out his life and reunite with Victoria.

We’ll give you updates as other Y&R news comes in. Stay tuned to the CBS soap and don’t forget to check CDL often for the latest Young and the Restless spoilers, updates and news.