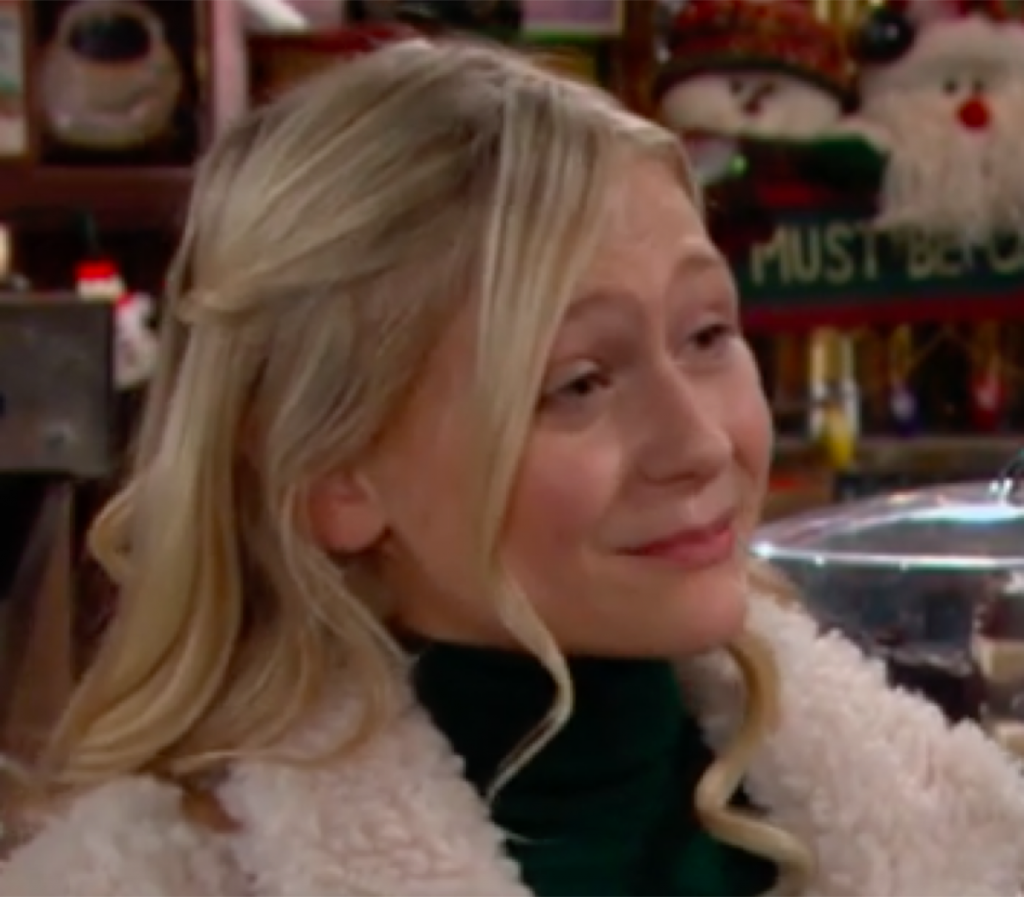 The Young and the Restless (Y&R) spoilers for Wednesday, January 15, tease that Sharon Newman (Sharon Case) will fill Rey Rosales (Jordi Vilasuso) in on her breast cancer diagnosis. At home, Sharon talks about finding the lump and calling her doctor ASAP. She tells Rey about her mammogram, ultrasound as well as her biopsy, which showed she has a malignant tumor.

Sharon doesn’t like the idea of anyone else being brought in the loop. However, she’s willing to let Rey accompany her to her next appointment. Sharon gets choked up about her survival chances and gets a warm hug from Rey.

At the coffeehouse, Nick Newman (Joshua Morrow) speaks with “Chance” Chancellor (Donny Boaz) about Vegas. He’s curious about Chance and Adam’s connection there, but Chance suggests they were just in the same place at the same time. He adds that Adam was living as Spider back then and assures Nick that he has no intention of hurting Abby Newman (Melissa Ordway).

After Nick brings up the New Hope buildings, he asks Chance to oversee the security systems and Chance agrees. Back at Sharon’s place,  questions Rey and Sharon. She can tell something’s off, but they try to allay her concerns.

Once Sharon and Rey exit, Faith finds a paper with the name of Sharon’s oncologist on it. She calls Nick to arrange a visit and shows him the pic of the name she snapped – a breast cancer center doctor. Over with Rey again, he promises Sharon that he’s going to be there for her.

At the Grand Phoenix, Chelsea Lawson (Melissa Claire Egan) assumes Abby’s irritated because she got back together with Adam. Abby contends that she doesn’t care. Chelsea can just pick a brother, any brother. Later, Adam brings Connor Newman (Judah Mackey) by so he can conquer his fears about the hotel. Chance gives Connor a pep talk about the place, which Chelsea appreciates.

Back with Abby, she encourages Chance to keep his distance from Adam. Next, Phyllis Summers (Michelle Stafford) needles Chelsea about trading Newman brothers before turning her attention to Chance. She warns Chance about keeping things from Abby and does some flirting before offering to hire him.

At for Connor, he spends some time in the game room with Adam and comes back feeling better about the hotel in general. Chelsea’s glad that Connor’s OK with her working there. At Jabot, Summer Newman (Hunter King) reminds Kyle Abbott (Michael Mealor) that they have more trip details to discuss. They’re set to head for San Francisco next week.

The Young and the Restless Spoilers: Lily Returns Home Just In Time For A Surprise https://t.co/Htpknth3WR pic.twitter.com/xOouB5zmTd

At Society, Lola Abbott (Sasha Calle) notices Theo Vanderway (Tyler Johnson) embracing a woman and sitting at a table with her. Of course, Theo notices that Lola notices! Once Summer and Theo walk in, they talk to Theo and his guest briefly. Afterward, Lola finds out the woman was an influencer.

Kyle wants to speak with Lola privately. He questions if Lola was bothered when she thought Theo was on a date. Lola tries to get Kyle to dial things down, but Theo quickly makes more trouble. When the topic of Summer and Kyle’s San Francisco trip comes up, Theo suggests they should also hit Portland. Kyle lashes out since he feels Theo just wants him out of the way.

Summer sends them to their corners, which leaves Kyle ranting at Lola in the kitchen. He’s tired of Lola constantly giving Theo a pass for his actions. As for Summer, she’s frustrated with Theo for never knowing when to stop. Theo hints that Summer would like for Lola and Kyle to be arguing about her instead.

The Young and the Restless spoilers say another action-packed episode’s on the way. We’ll give you updates as other Y&R news and rumors emerge. Stay tuned to see what else is brewing in Genoa City.