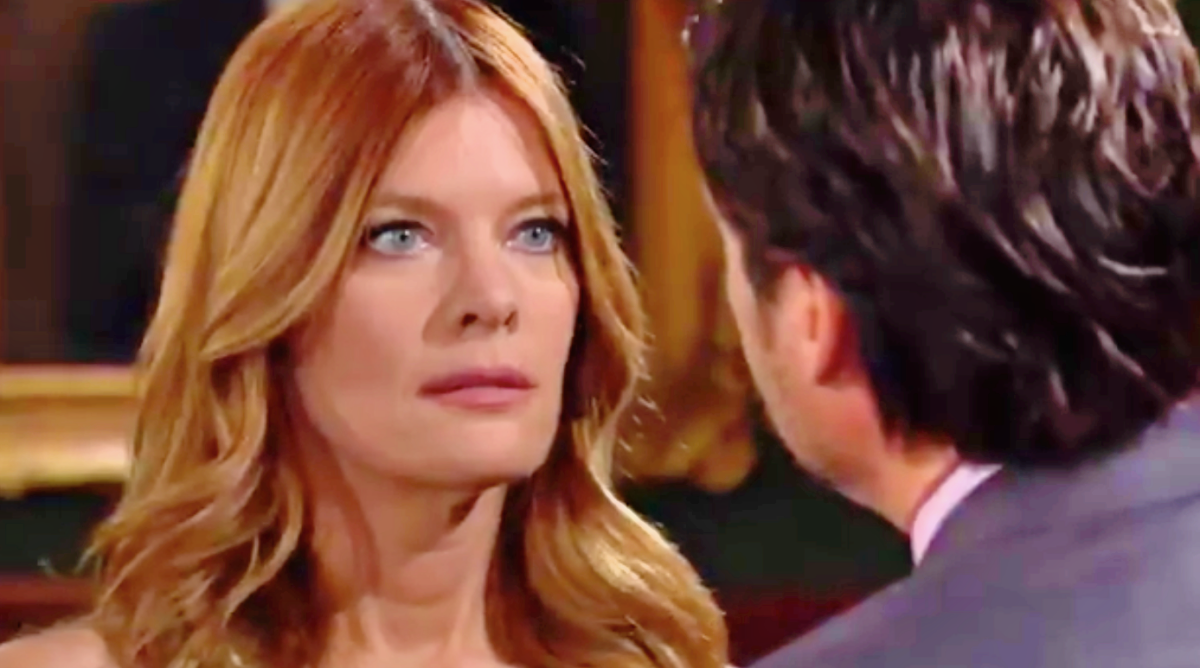 The Young and the Restless spoilers review for Wednesday, April 1, tease that Phyllis Summers (Michelle Stafford) will be quiet in response to Nick Newman’s (Joshua Morrow) question about what their relationship should be going forward. Nick will point out that they are friends, buds, and co-parents, and Phyllis will chime in that they have lots of history and baggage, too.

Nick will say that what they want and what they should do aren’t necessarily the same thing, and that they need to think this whole thing through. Nick will then pull out a tablet and start a spreadsheet of pros and cons. Phyllis will balk and ask Nick to ditch the spreadsheet, and they’ll decide to just talk through the pros and cons. Nick and Phyllis will come up with quite a few things for the “pro” category.

Y&R Spoilers: Phyllis Summers Will Be Quiet In Response To Nick Newman’s Question

Nick and Phyllis will then deal with the “con” category, noting that Summer Newman (Hunter King) is a con, as is the fact that they have broken each other’s hearts numerous times. Phyllis will then seductively lock the door, and they’ll make love passionately. After, Phyllis will say that she doesn’t want to walk away, and Nick will say, “Let’s see where this goes.” Phyllis and Nick will kiss happily.

Of course, Nick and Phyllis forgot another big “con,” which is that they’re going to get a lot of pushback from other people in their lives aside from Summer. Nick’s family is going to be stunned to see him with Phyllis again – in fact, one can only imagine the reaction that Nikki Newman (Melody Thomas Scott) and Victor Newman (Eric Braeden) will have. The family animosity against Phyllis will be strong, and that could be tough for the couple to deal with.

Meanwhile, on the new episode of Y&R on Wednesday, April 1, Sharon Newman (Sharon Case) will be at home with Rey Rosales (Jordi Vilasuso) and very worried about her upcoming scan, which will reveal whether the chemo is working to shrink her tumor. Sharon will urge Rey to go talk with Lola Rosales (Sasha Calle) for support.

Young and the Restless Spoilers: Mariah Copeland Will Shock Sharon

Mariah Copeland (Camryn Grimes) will then walk in, shocking Sharon. Sharon will be glad to see Mariah, but she’ll want to know what brought Mariah back to Genoa City. Mariah will say that Sharon has a big day tomorrow with the scan, and that she wanted to be here. Rey will take off for Society, leaving Mariah and Sharon to talk.

Sharon will grill Mariah, who will admit that Faith Newman (Alyvia Alyn Lind) spilled the beans about the scan. Sharon will think that Mariah should still be on tour with Tessa Porter (Cait Fairbanks), but Mariah will say that she’s needed here. Later, Mariah will call Sharon out for shutting her out, and finally Sharon will talk about her fears for the scan.

The Young and the Restless Spoilers: Amanda Gets Too Close To Devon – Elena's Jealous Panic Explodes #yr #youngandrestless https://t.co/E4srEjHUMS

Y&R Spoilers: Rey Rosales Will Show Up Just In Time To See Theo Vanderway With His Arm Around Lola Rosales

Over at Society, Rey will show up just in time to see Theo Vanderway (Tyler Johnson) with his arm around Lola. Rey will ask to speak with Lola privately, then question her about Theo. Lola will tell Rey to trust her. Soon, talk will turn to Sharon, and Rey will say that he can’t imagine not having her around. Lola will sense that something’s up, and Rey will disclose Sharon’s cancer struggle to her. Lola will vow to help any way she can.

Later, Lola will break the news to Theo that she can’t go to New York with him because she needs to stay and support Rey. Lola will even give Theo some spinach empanadas to cushion the blow. Theo will cover his disappointment, but he’ll then walk away looking totally deflated, and he’ll immediately work on canceling the big plans he had for Lola in the big apple.

Wednesday’s episode of Y&R sounds terrific, so be sure to tune in! Keep checking back with SOS for all the sizzling spoilers and updates on the CBS soap, and we’ll keep you informed of all the latest Young and the Restless news as well.

The Bold and the Beautiful Spoilers: Ridge’s Decision Not Just About the Kiss – Here’s What Really Sealed the ‘Bridge’ Breakup Deal