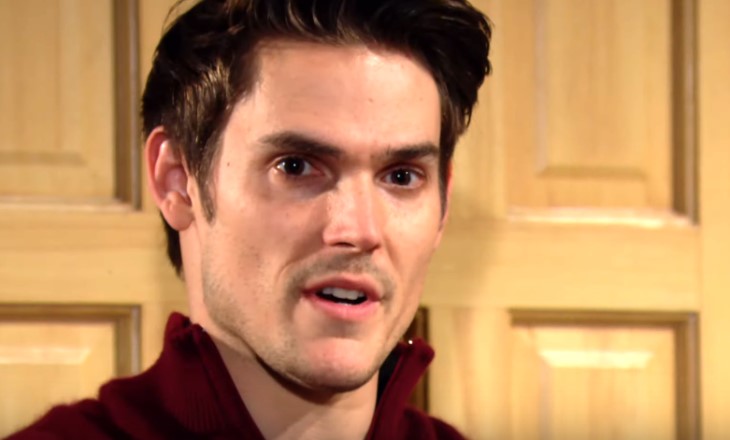 The Young and the Restless spoilers tease that while things have certainly been difficult between Adam Newman (Mark Grossman) and his father Victor Newman (Eric Braeden) over the years, it looks like things are going to get worse before they even get better.

As a matter of fact, that vicious cycle of remorse, redemption, and revenge between them will come at a turning point this week, as both Adam and Chelsea Newman (Melissa Claire Egan) consider retaliating against the mustache himself after finding out that he may have blood on his hands from the time that he lived in Kansas. Here’s what you need to know.

Adam and Chelsea have every reason to be upset, especially after Victor decided to give his younger son Nick Newman (Joshua Morrow) the opportunity to run Newman Enterprises. To make it even more painful, Victor had actually asked Adam first if he wanted the CEO title only to rescind his request and give it to Nick instead. After everything that had happened between them, it was beyond cruel.

The Young and the Restless actress Melissa Claire Egan, who plays Chelsea Newman on the hit show, put it this way to CBS Soaps in Depth, “It was just mean, after everything Adam tried to do for Victor! Adam and Victor have always been in a battle, but this snub really has Chelsea standing by her man right now. She tells Adam, ‘I’ve got your back in anything you might do – let’s go! It’s Bonnie and Clyde, a baby!’”

Y&R Spoilers – What’s Next For The Newman?

With that said, the couple certainly has a lot of ammunition that they plan on using against Victor. But at the same time, Adam is feeling hesitant. He knows that if he does reveal the truth about Victor and his past, this is going to lead to some serious implications for him and his family right now.

As much as he despises some of the things that Victor has said and done in the past, he is still his father. Or at least, that’s what Adam is trying to tell himself right now. Either way, he and Chelsea are going to seek their revenge, regardless of what the cost might be.

And as always, come back right here for all the latest news, gossip, spoilers, and updates on The Bold and the Beautiful, The Young and the Restless, General Hospital and Days of Our Lives.