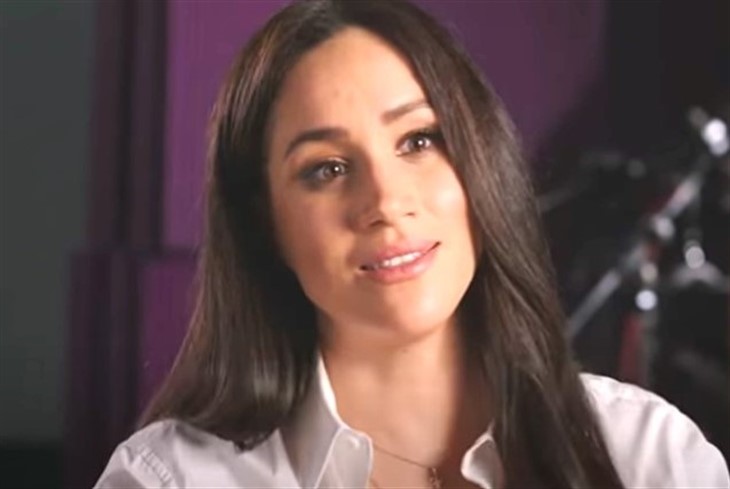 British royal family news drops a huge bombshell about Meghan Markle Duchess of Sussex. She has admitted that she gave personal information, via a third party, to the authors of her biography. But she also insists that she has no idea to what extent the information was shared. Huh? Just when you think Meghan does the right thing by coming clean about her behavior, she makes sure she has a convenient out.

Meghan is suing Associated Newspapers, publishers of the Mail On Sunday, and MailOnline. She alleges they breached her privacy by publishing bits of a letter she sent to her reportedly estranged father Thomas Markle in 2018.

Documents filed with the High Court show that Meghan’s lawyers have claimed that she gave information, “to a person whom she knew had already been approached by the authors that … could be communicated to the authors to prevent any further misrepresentation.”

According to her lawyers, “She does not know to what extent or in what terms this one item of information concerning her communications with her father was shared with the authors.”

These latest documents are in response to an earlier court ruling which granted the Mail On Sunday the right to use Finding Freedom as part of its case, claiming that Meghan co-operated with the authors and allowed bits of the letter written she wrote to her father, to be published in it.

All of this contradicts Meghan’s carefully worded verbiage that she did not provide inside info to her biographers. Many royal watchers called bologna on her denial citing examples in the book that were so intimate they could only have come from Meghan and/or her house husband Prince Harry.

Within the past few days, Meghan’s letter-writing escapade caught more flak when it was alleged that she couldn’t even open it without outside help. Documents lodged with the High Court indicate that a senior Kensington Palace press officer gave the apparently idealess Duchess, “general ideas to a private letter.”

Meghan has never acknowledged that she was helped by palace staff, only that they were skulking in corners trying to thwart her; her name for these so-called enemies is “vipers.” Apparently, they were more helpful than she was willing to let on.

Royal Family News: Should Netflix Warn The Crown Viewers That It’s A…