The Young and The Restless Spoilers Update: Y&R Alum Justin Hartley And Chrishell Stause Divorce Is Getting Ugly 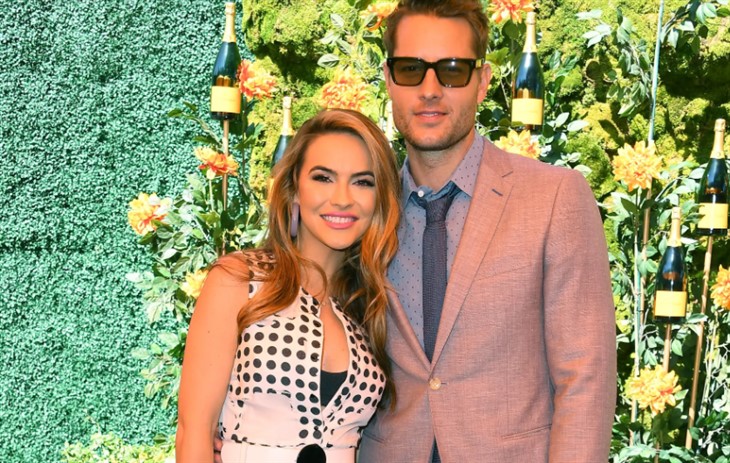 CBS The Young and the Restless spoilers reveal that the divorce proceedings between two former soap stars are growing into a soap opera that rivals anything currently in the daytime. Former Days of our Lives star Chrishell Stause (Jordan Ridgeway) and former The Young and the Restless star Justin Hartley (Adam Newman) are trading barbs in the media that make it clear there is no love lost between them.

The heat began hot and heavy after Stause apparently shaded Hartley’s first ex-wife when she defended him as a “solid man,” and, “devoted father.”

Next came another defense to Us Weekly when a source told the mag, “Justin’s friends are glad that Chrishell is no longer in his life and that he can move on.”

The source added, “Justin is a great, stand-up guy, and he wants to move on with his life in a classy way.”

Both parties have moved on to other shows, with Hartley starring in This is Us and Stause appearing on Selling Sunset.

Hartley filed for divorce late last year and Stause spilled that he told her about it via text. Hartley’s ex-wife Lindsay Korman-Hartley praised the actor after Stause’s allegation. The actress is currently filling in for Kelly Monaco on General Hospital in the role of Sam McCall.

Lindsay and Justin were together from 2003 to 2012 and share a 16-year-old daughter. Lindsay tweeted, “In a day when social media should be used for positivity… an inspiration towards movement in an honest and deserving way, I’d like to join, by highlighting my appreciation for my family. Today, I appreciate my ex-husband Justin for not only being (an) exemplification of a solid man but for being my dear friend and devoted father to our daughter. Simply put: for being family.”

She concluded, “No matter what conflicts Justin and I had in the past, I appreciate what we have today and I am thankful for the family we have built.” That was on Tuesday and on Wednesday Stause had something to say on her social media.

The Young And The Restless Spoilers – Who Will Throw The Next Verbal Punch In This Messy Divorce?

Chrishell then shared a message to her Instagram stories posting, “Women who build each other up are my tribe,” and, “be the woman who fixes another woman’s crown without telling the world it was crooked.”

In the past Chrishell liked a tweet that suggested Hartley was unfaithful, allegedly with new girlfriend Sofia Pernas.

General Hospital Spoilers: Is Carly Corinthos About To Pack Heat And Join The Mob?